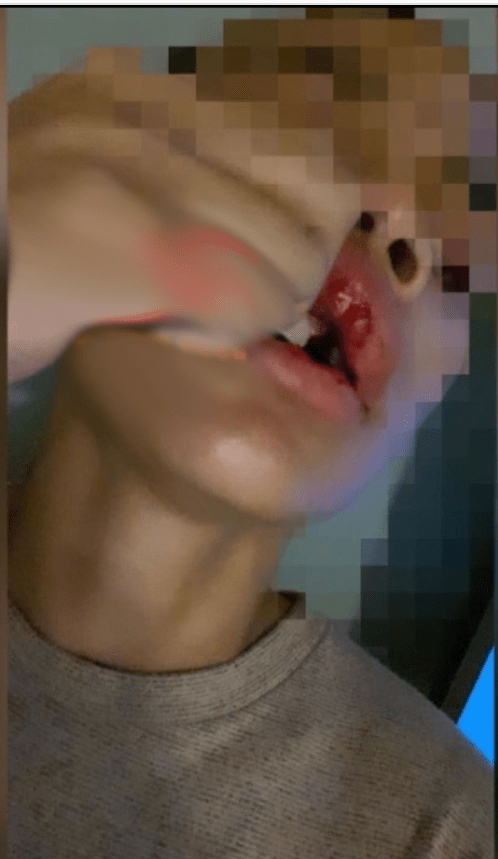 Rae Sremmurd rapper Slim Jxmmi is being accused of domestic violence against his Instagram model GF, MTO News has learned. According to multiple online reports, Slim JXmmi and his now ex-girlfriend, who is pregnant with his child, have broken up. And word on the street is that the rapper allegedly punched her in the mouth, knocking out her front tooth.

According to online reports, a beautiful IF model named Kee, who is now almost six months pregnant, was allegedly involved in an altercation with Jxmmi that turned physical about two months ago. Here are pics of Kee:

And here’s some graphic video:

MTO received an online report which claimed Jxmmi allegedly punched Kee in the mouth, knocking her right front tooth out of place and breaking the bone in her gums. Jxmmi has since paid for Kee to get veneers to replace her tooth.

The same report alleges that Kee and Jxmmi’s relationship had been physically abusive for some time, saying she was “his punching bag”, and that Jxmmi’s actions have been a direct result of his father passing away earlier this year.

Our source also claims that Kee has not pressed charges on Jxmmi because he allegedly threatened to call CPS once their baby is born.