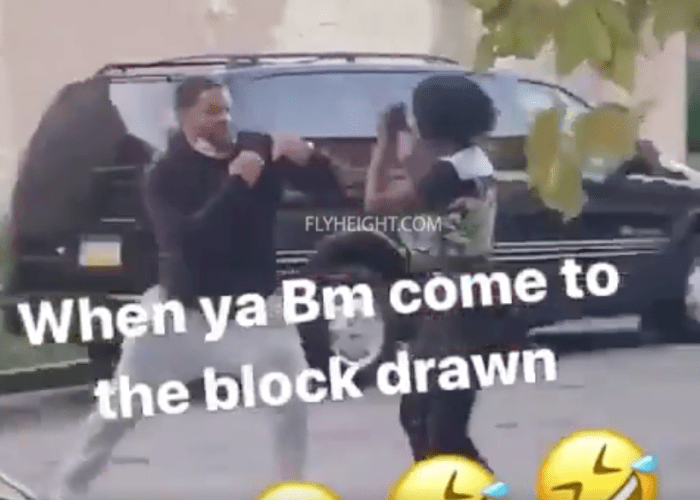 A Philadelphia man has been arrested for beating up his baby’s mother, while livestreaming on IG, MTO News has learned.

In the video, the man is seen squaring up with his baby’s mother, as if the two were preparing for a fair fight. But the fight was anything but fair. First off, the man is a MAN – and every fight between a man and a woman is inherently unfair.

Second, he’s much bigger and stronger than she is.

But none of that stopped the man from slapping the heck out of the mother of his children. He hit her so hard that she lost her balance and flew into a parked car, injuring herself.

MTO News has received social media reports that the man was later arrested by police in Philadelphia. The exact charges are not currently known, but the man is expected to face assault charges.