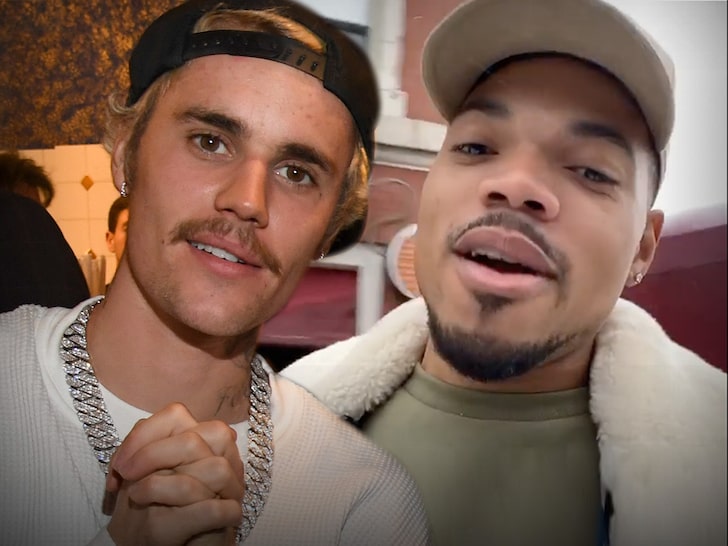 Justin Bieber and Chance the Rapper certainly put their money where their mouths are … and the loot’s going a long way to help hundreds of people from all walks of life who are in desperate straits.

As we reported … Justin and Chance announced a surprise collab Thursday — teaming up to dole out $250,000 on CashApp to people affected by these hard times, to say thanks for the support on their musical collab, “Holy.” 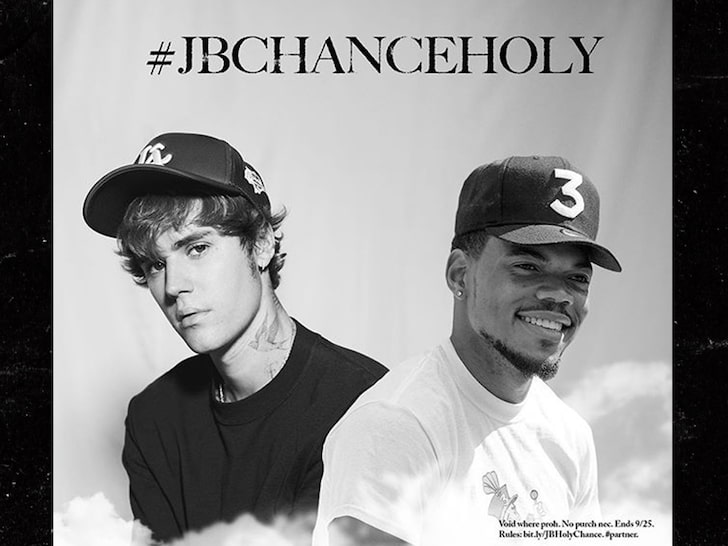 Thousands of fans shared their stories online — along with their $cashtags — with the hope of receiving some money, and the singer and rapper spent the day giving … in $500 increments.

We did some digging, and the winners include students, teachers, artists, cashiers, people who lost loved ones to COVID, people taking care of sick parents, people dealing with immigration issues, and in general … people who help people, people who need help, or both.

Hoping to be noticed @justinbieber @chancetherapper! Please help this teacher get items needed for school & buy some furniture! We are moving into a new place after an apartment fire back in May.. during the pandemic! (Not our fault)🔥 🤦‍♀️ $itscortknee #JBChanceHoly pic.twitter.com/guj9btYcgi

For example … Cortney — a teacher looking to buys supplies for her class after suffering damage in an apartment fire earlier this year, during the pandemic.

Megan — a young woman whose father’s dying from kidney failure and is trying to pay for him to have his eyesight improved during his final days.

As a minimum wage cashier, I’m just trying to survive from paycheck to paycheck all while trying to help my parents out as well. My dad doesn’t get as many hours at work due to COVID and mom is unable to work because of her health. $Tiffy62689 #JBChanceHoly pic.twitter.com/tFpzSnOKBq

Tiffany — a cashier who lives paycheck to paycheck while also supporting her parents, who are out of work due to COVID and health reasons. 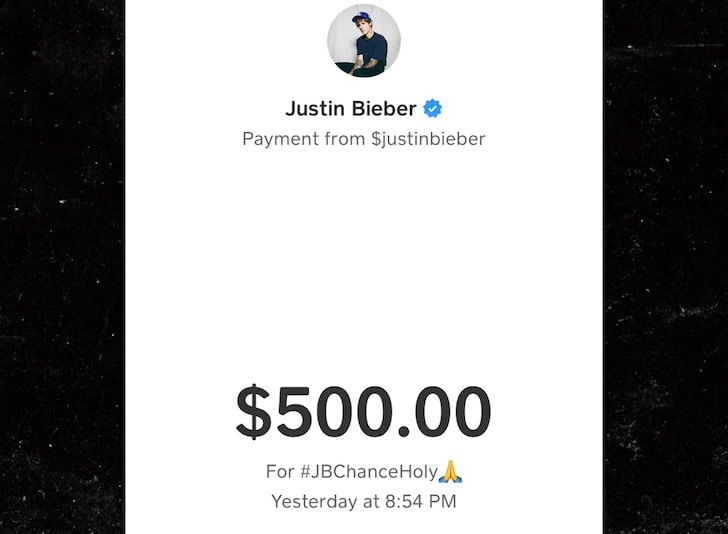 Ty — a young handyman who hustles on the side as a freelance photog, but is still struggling to pay rent and the bills. Ty tells us he’s going to use $400 of what Justin sent him for living expenses. He’ll use the remaining $100 to give back to the homeless.

And finally, there’s Sakinah, a young woman who does nails … asked the fellas to support her business. She struck gold, because she received $500 from BOTH the Biebs and the Rapper.

All in all — assuming most recipients got $500 — the “Holy” giveaway brightened the days of around 500 people.