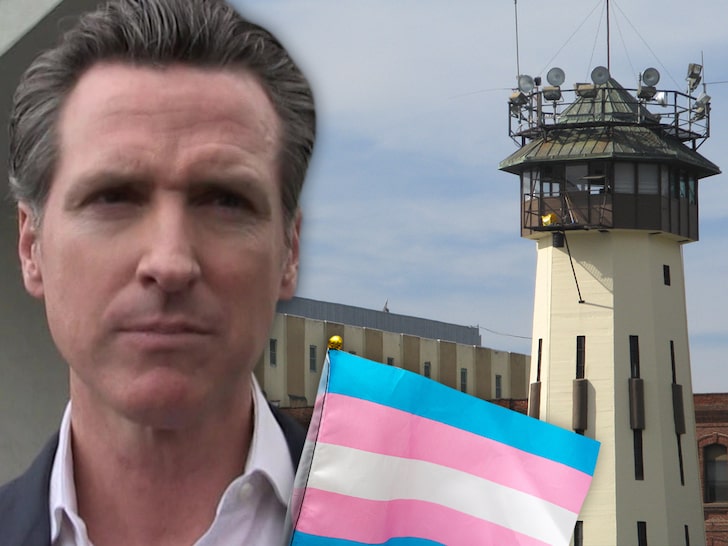 California Governor Gavin Newsom just signed a new law allowing transgender prisoners in the State to be housed based on their gender identity rather than their biological sex.

Newsom signed SB 132 Saturday — among other LGBTQ+-friendly legislation — which will require the California Department of Corrections and Rehabilitation’s officers to privately ask inmates during the intake process if they identify as trans, nonbinary or intersex.

If they do, the inmate can then be placed in a facility in which they feel most comfortable and safe.

The new CA law says an inmate’s request cannot be denied based solely on a prisoner’s anatomy, sexual orientation or another factor that may be present among other inmates at any given facility. What the state could deny a request over … legit “management or security concerns,” although Newsom didn’t lay out exactly what that might mean.

If an inmate’s request is denied, the state has to offer a written explanation as to why and offer that prisoner a meaningful opportunity to object. BTW, the law also requires prison guards to address inmates by their preferred pronouns, and to search them based on their gender identities as well. It’s being hailed as a step forward in the LGBTQ+ community.

It’s a deep honor to be part of the coalition that moved #SB132 forward. That coalition includes @TransLatina_C @tgijp @eqca @TransLawCenter @ACLU_CAP. Amazing advocates — both inside & outside prison — fought long & hard so trans people can be treated with dignity & respect.

Of course … there’ve been concerns raised about this new system, as some feel cis-gender heterosexual males can abuse the new policy to infiltrate female prisons … and commit atrocities from the inside. However, the state senator who authored the bill, Scott Wiener, says he doubts that’ll happen very often, if at all … saying it’s a false narrative that trans men or women are only out to get into certain gendered wings.

That said, it’s not entirely clear how prison officials would go about filtering out inmates who might want to take advantage, especially if they’re forced to go off that person’s word.