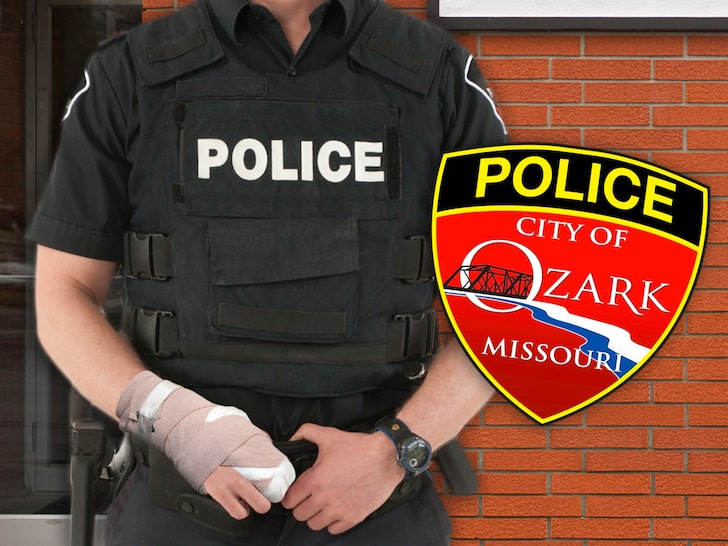 A Missouri cop claims a guy broke his hand … with none other than his face — and now, a judge has allowed the case to move forward with an assault charge against the dude.

Ozark PD officer Trevor Spencer testified last week that back in December of 2019, a traffic stop in which he pulled over 48-year-old Matthew Calhoun turned in an unavoidable beatdown (on the cop’s end), which left his hand crumpled after pounding the guy’s mug.

Yes, that’s right … Spencer says he had no choice but to defend himself and wail on Calhoun’s face, which left his hand busted. He’s alleging assault against an officer as a result.

If that sounds insane to you, you’re not the only one — Calhoun’s attorney argued against the absurdity of the charge at a hearing on it Tuesday … reportedly saying, “Are we supposed to feel sorry for Officer Spencer because he broke his hand on my client’s face?”

As for how this unfolded … Spencer says he was stopping the guy for suspected speeding, when he realized there were warrants out for his arrest. Spencer says as he tried detaining Calhoun in a parking lot, a struggled ensued and because of Calhoun’s alleged aggressive behavior, he was forced to slug a few times … which he says ended in him being injured.

Wondering if Calhoun ever struck the cop? No, actually, according to prosecutors arguing on Spencer’s behalf. What they claim he did do … allegedly elbowed Spencer in the chest while trying to escape, and then allegedly balling up his fist before Spencer started swinging.

The judge presiding over the case decided to move it on to trial court, keeping the assault charge intact … but dropping a separate felony resisting arrest charge. What a world 🤔