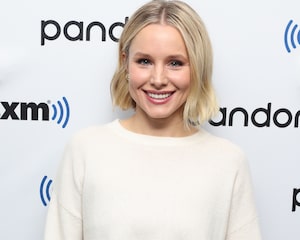 “I start getting really scared, and I’m starting to feel really lonely,” he recalled. “And I just have this enormous secret.”

Dax Shepard has revealed he relapsed after 16 years of sobriety.

During Friday’s episode of his podcast, “Armchair Expert,” the actor recalled how he became addicted to painkillers following a motorcycle accident.

“So eight years into sobriety, I have not done a single shady thing. There was nothing gray,” began Shepard, 45, before explaining how things started to go wrong. “In 2012, my father was dying. He got diagnosed with cancer in August and then he died December 31st. I was going back [to the hospital] nonstop to do all the treatments with him and take him to get chemo and handle his hospital stuff.”

Shepard said he then got in a motorcycle accident while he was heading to the set of “Parenthood.”

“I immediately called my sponsor and I said, ‘I’m in a ton of pain and I got to work all day, and we have friends that have Vicodin,” Shepard recalled. “And he said, ‘Okay, you can take a couple Vicodin to get through the day at work but you have to go to the doctor, and you have to get a prescription and you have to have Kristen [Bell] dole out the prescription.'”

The “Parenthood” star said he followed the advice from his sponsor by getting a prescription and having his wife Kristen Bell administer it to him. Shepard said there was “no problem” until he went to visit his dad. Since Bell wasn’t going on the trip, Shepard didn’t bring the painkillers, thinking he’d be “fine enough to go without them.”

The “CHiPs” actor then spent time with his father, whose health was deteriorating, and was given the responsibility to make sure his dad took his Percocet. 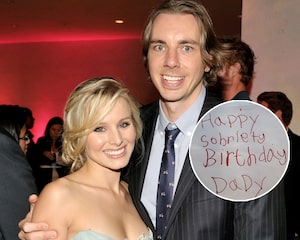 “So I give him a bunch of Percocet and then I go, ‘I have a prescription for this, and I was in a motorcycle accident, and I’m gonna take some too,'” Shepard explained, adding that he “probably took twice of what my other prescription was.”

“My dad and I sat in his living room and stared at the lake,” he recounted. “We had so little in common and so much friction but the number one thing we had in common was that we were f–king addicts. And we had never used anything together. We sat there stoned.”

The next day, Shepard said he “started panicking a bit” as he was worried if it meant he had relapsed. After visiting his dad at the hospital, he got a call from Bell, who had flown in to surprise him. At the time, “The Good Place” actress, 40, was seven months pregnant with her and Shepard’s first child, Delta.

“On the ride from the hospital home, I started crying and I say, ‘I relapsed,'” Shepard recalled. “She’s like, ‘You clearly need to call someone in AA, but I would say you’re f–ked up from this accident, you got high with your dad, keep it moving. You don’t need to redefine it. You didn’t lose eight years,’ which was so comforting.”

Looking back on the moment, Shepard said. “So that was eight years ago. And now I have this experience where I did that, I felt bad, but there wasn’t really any fallout from it.” 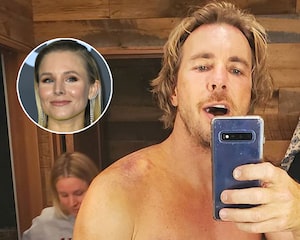 “Then I get hurt again,” he continued. “Maybe I don’t want to take them at night because I can’t sleep when I take them, so when I get my two at night I don’t actually eat them and I keep them for tomorrow morning so I can make it the dose I want it to be. That cycle happens maybe three or four more times.”

“I feel shady, but I don’t feel like this is a problem,” Shepard admitted. “I didn’t desire more when the thing is over.”

However, Shepard said it all began to escalate after he suffered “a ton of injuries” and underwent seven surgeries following a motorcycle accident earlier this year that left him with several broken bones.

“After I ride sometimes on the track I feel I’m entitled to take two Vicodin at the end of the day because I am in pain,” he explained. “That again doesn’t feel that crazy and then this last go around with the hand and then the shoulder started like six months ago. I’m getting shadier and shadier.”

“The Ranch” star then revealed “for the last eight weeks” he’s been “on them all day.” 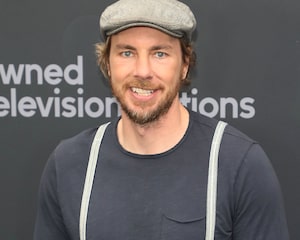 “I’m allowed to be on them at some dosage — because I have a prescription — but then I’m also augmenting that. And then all of the prescriptions run out.”

While Shepard said it was “pretty manageable” at first, it led to him “taking eight 30s a day, and I know that’s an amount that’s going to result in a pretty bad withdrawal. And I start getting really scared, and I’m starting to feel really lonely. And I just have this enormous secret.”

After failing to slowly wean off the painkillers himself, Shepard revealed to his friends and family that he had relapsed and asked them for help.

“For the first time in a very long time, [I] felt optimistic,” he said on the episode, which was recorded on Monday, September 21, and marked one day since he had taken opiates.

On Friday, Shepard took to Instagram to announce the podcast episode, which was titled “Day 7,” and told his followers he’s been sober for 11 days.

“An episode I hoped I’d never have to record, but one I felt I owed to all the beautiful Armcheries who have been on this ride with me for the last couple years,” he captioned the post. “This was Monday, say today is 11.” 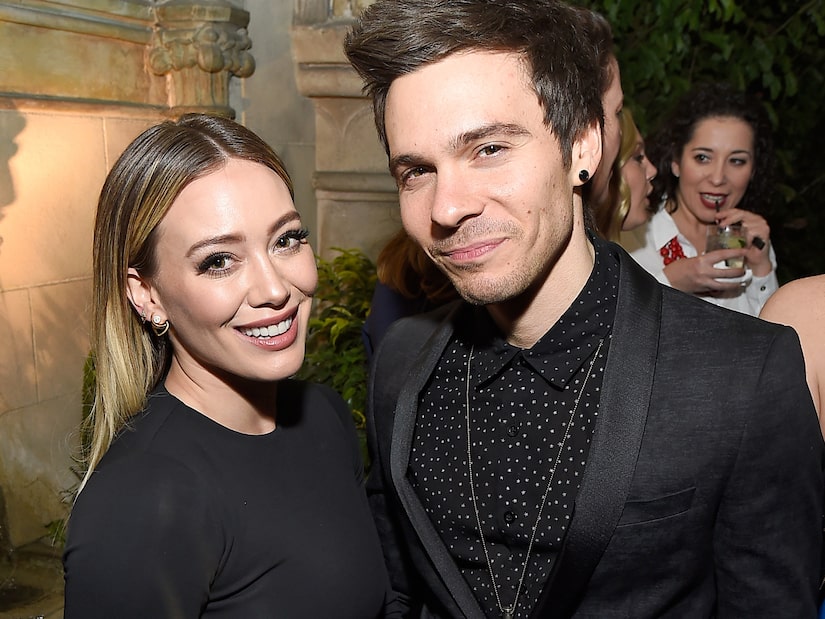