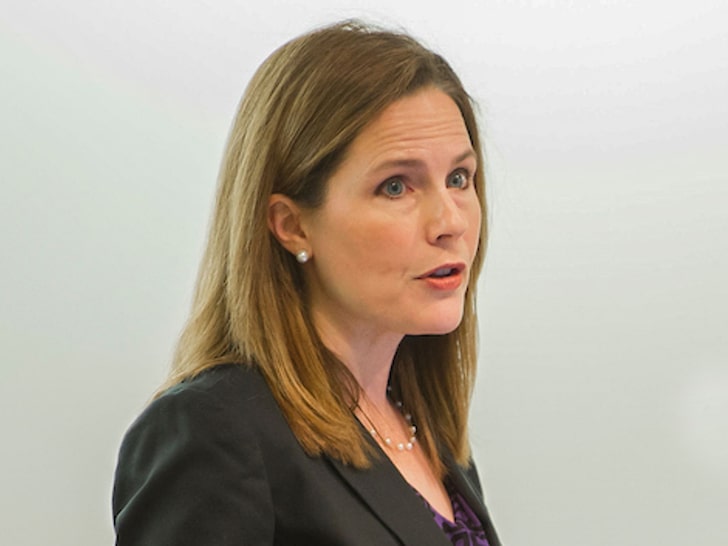 Amy Coney Barrett is Donald Trump’s pick to fill Ruth Bader Ginsburg’s seat, according to multiple reports, and judging by Barrett’s past comments, her confirmation would squarely put abortion rights and health care on the chopping block.

Barrett, who currently serves on the 7th Circuit Court of Appeals, is a devout Catholic who has an intractable belief that life begins at conception. She has said Roe vs. Wade “ignited a national controversy” by jumping on the abortion issue rather than letting each state decide.

She has said in the past, she doesn’t believe Roe will be overturned … “I don’t think the core case, Roe’s core holding that women have a right to an abortion, I don’t think that would change,” adding, “but I think the question of whether people can get very late-term abortions, you know, how many restrictions can be put on clinics, I think that will change.”  What she didn’t say … if there’s a majority on the Court that wants to overturn Roe, would she go along.

Barrett also railed on the Affordable Care Act’s birth control mandate, saying it’s a “grave violation of religious freedom.”  And there’s this … she said during her first confirmation hearing, “…the Catholic Church’s teaching that abortion … is always immoral.”  She signed a petition back in 2012, claiming the birth control mandate is a violation of religions liberty.  She has made statements strongly suggesting the ACA is fatally flawed … an overreach of Congressional power.

During her confirmation to the 7th Circuit, she was asked if she could shelve her religious beliefs if they conflicted with the law.  She said she could, but the reality is this … Supreme Court justices don’t blindly decide cases on the letter of the law.  There is always discussion of social policy, which sometimes drives the legal discussion.  It’s the way it’s always been.

Barrett, who clerked for Justice Antonin Scalia, was also a professor at Notre Dame School of Law for 15 years.

If Barrett is confirmed — and it looks like she has the votes — there will be a 6-3 majority on the High Court, which puts abortion rights, the ACA, LGBTQ rights, voting rights and many other fundamental issues and policies in the crosshairs of the justices.