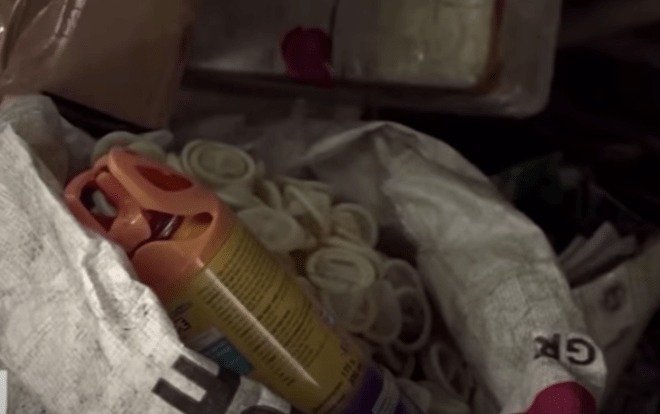 In Vietnam, police raided a warehouse where they said they discovered 320,000 recycled used condoms — that were being repacked to resell as new.

The warehouse was in the Binh Duong province near Ho Chi Minh City. Police spoke to the factory owner, who admitted that they purchased the condoms from someone else.

The woman said she was paid $0.17 per kilogram for the condoms, according to Vietnam’s state broadcaster VTV. She was arrested.

Images of the factory were broadcast on VTV this week that showed dozens of large bags containing the used contraceptives strewn across the floor of the warehouse.

Condoms are never to be reused. If they are reused, it puts you and your sexual partner at risk. Condoms can prevent the spread of most STIs — like chlamydia, gonorrhea, and syphilis, but a reused condom offers very little protection against any STIs and very little against unplanned pregnancies.