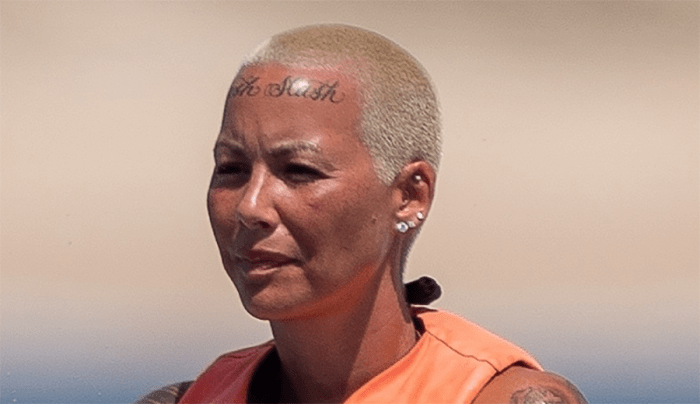 Amber Rose looks much different lately. The former beauty has been conspicuously absent from social media in recent weeks.

But MTO News obtained new pics of the former model which popped up online – as she was on vacation in Mexico.

In the images Amber Rose, her babys father Alexander Edwards and his best friend Tyga enjoy a jet ski ride on Mexican water while vacationing in Cabo with a large group of friends.

Later in the day, Tyga and Amber’s boyfriend Alexander Edwards can be seen charging a laugh while smoking a funny cigarette, while the ladies chatted on a level above them.

Twitter got ahold of the photos and pointed out two things. One Amber’s face looks very weathered – some on the social media are even calling her “ugly.”

Second, they claim that Amber’s babys father appears to be more interested in the other women than in Amber.