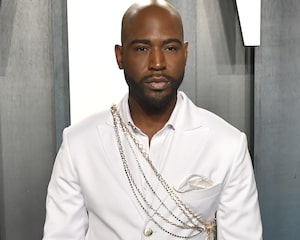 The plan was to get married this summer … but now, they aren’t even together.

Appearing on “The Ellen DeGeneres Show” on Friday alongside guest host tWitch, Brown revealed the news after being asked delaying about his wedding with Ian Jordan because of the coronavirus pandemic.

“It was postponed because of the pandemic, but now it’s postponed officially,” he said. “My fiancé and I, we were together for 10 years and we broke up about three and a half months ago.”

“It’s one of those things, we were distracted by so much, the kids, our careers, that during that time I had to really say, how is our communication? How is other parts of our lives? Are we growing in the same place?” he continued.

Brown said the two tried virtual counseling, but eventually he asked himself, “Is my happiness important?” and came to the decision to split for good.

“There was luckily no cheating, we’re good friends, it’s very nice when it’s like, I still love you and support you,” he added. “I want him to be happy, he wants me to be happy.”

He then turned to tWitch and his wife Allison Holker Boss — who took over his job as DJ for the day — and told them, “If y’all got any friends …”

Brown and Jordan first got engaged in 2018, when the reality star proposed at his partner’s birthday party. Following the wedding delay, Karamo even re-proposed earlier this year, in May. 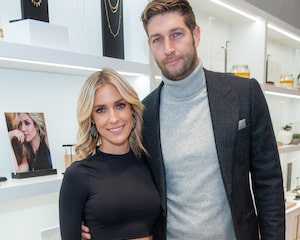