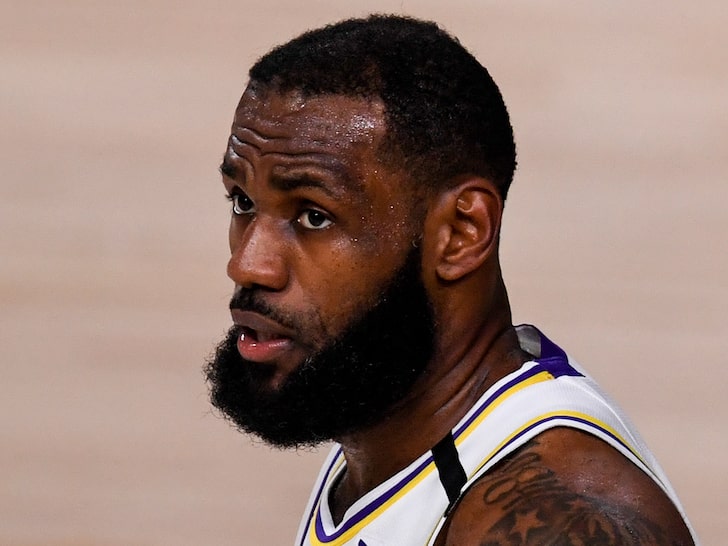 LeBron James is adamant he condemns ALL FORMS of violence … including violent acts of revenge against police officers.

Following the Lakers game 3 playoff loss to the Denver Nuggets, Bron was asked whether he believes the spotlight he’s put on bad cops and police brutality incites violence against law enforcement.

LeBron James to @taniaganguli on the framing that his position on police brutality incites violence against police – “I’ve never in my 35 years ever condoned violence. I do not condone violence towards anyone. That’s not gonna make this world or America where we want it to be.” pic.twitter.com/FgU5qsUlS2

“I’ve never in my 35 years ever condoned violence. Never have,” LeBron said.

“But, I also know what’s right is right and what’s wrong is wrong, and I grew up in the inner city in a Black community in what we call the hood or the ghetto, however you want to picture it. And, I’ve seen a lot of counts first hand of a lot of Black people being racially profiled because of our color.”

LeBron has been very outspoken about several high profile police-involved shootings … including the shooting of Breonna Taylor and Jacob Blake.

Many political pundits have suggested the narrative James is pushing puts cops in danger.

While James made it clear he doesn’t condone violence — and understands there are good people in law enforcement — he also said he has personally witnessed cops racially profiling and improperly treating black people.

“I’m not saying that all cops are bad because I actually, throughout high school and things of that nature and I’m around them all the time and they’re not all bad,” James said.

“But, when you see the videos that’s going on and you can see all over the, not only my hometown, but all over America, you continue to see the acts of violence towards my kind, I can’t do nothing but to speak about it and see the common denominator.”

LeBron was also asked about the L.A. County Sheriff’s suggestion that James should put up a 6-figure reward to help find the person who shot 2 Sheriff’s Deputies in Compton.

LeBron’s response … “I have zero response on the sheriff.”