The Jacob Blake investigation is nearing its end, but before it crosses the finish line, a neutral third party has been looped in — a former cop — something a Blake family member is none too pleased about.

Jacob’s uncle, Justin Blake, tells TMZ … he feels the news about DOJ investigators bringing in former the Madison, WI police chief as a consultant in the probe is an open-palmed slap in the face.

Fact is … he believes the so-called impartial second set of eyes announced this week, Noble Wray, can’t be impartial. Justin believes he simply can’t help but be biased against Jacob.

Wray is a retired chief who was on the force in Madison for years, a Wisconsin native … and even has experience in legal consulting on the biggest stage. He served as a police reform specialist for the U.S. Department of Justice. But, Justin doesn’t think Wray’s accomplishments matter, because he says it’s simply impossible for ANY law enforcement officer — especially a former police chief — to objectively reach conclusions about police brutality.

Justin favors putting a judge or even a politician in place of Wray.

ICYMI … Wisconsin AG Josh Kaul and Kenosha County D.A. Michael Gravely said Monday they were going to have Wray — who’s African-American — give a thorough review of the feds’ DCI unit’s findings in the case, offer up his analysis … and then kick all of that back to Graveley’s office for consideration on possible charges against Rusten Sheskey, and maybe others. 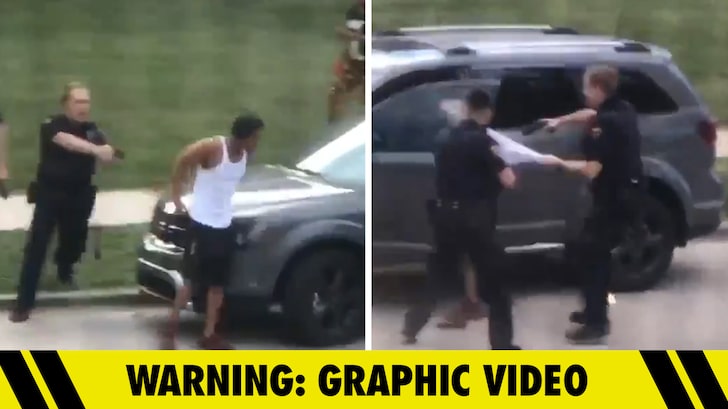 The process has dragged on for a month now — the timeline the AG first gave to the public initially — and now, it might be even longer before a final decision is made. The fact it’s taken this long also irks Justin, who tells us he’s been wanting more consistent updates.

Bottom line for him on this … he feels this investigation going back to a local jurisdiction is a huge mistake, as he feels it’s a civil rights case, plain and simple … and should live and die in the hands of the federal government.