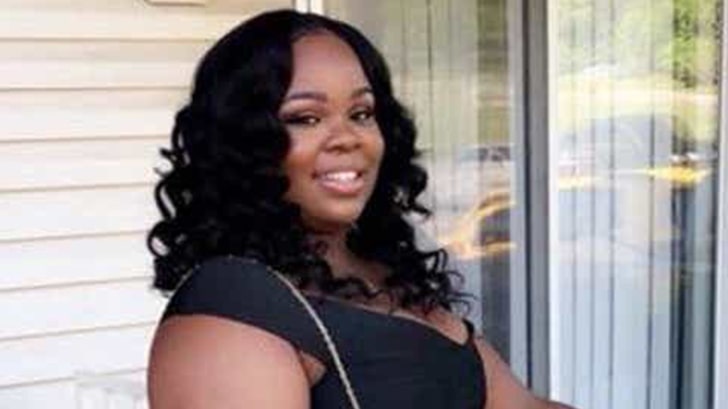 The grand jury in the Breonna Taylor killing has reached a decision, and Kentucky’s Attorney General is about to announce whether the cops will be charged … and we’re streaming it live.

AG Daniel Cameron is set to read the results of the grand jury hearing Wednesday … something that’s been weeks in the making — not to mention the months of evidence gathering that preceded it. She was shot and killed in March … and here we are in September.

BREAKING: Jefferson County grand jury will present its report on the Breonna Taylor case and whether to indict LMPD officers at 1:15 pm TODAY.#JusticeForBreonnaTaylor

Cameron had told the media he was waiting on a ballistics report from the FBI, which at the time he claimed was just about the last piece of the puzzle before he could wrap his investigation. Once he got that, he walked it back and said it was inconclusive — and then eventually kicked the whole case over to a grand jury out of Jefferson County … presumably to appear impartial in the conclusion that’s ultimately reached.

It’s a tense moment — and you can tell by what the City of Louisville did earlier this week … preemptively declaring a state of emergency and putting a 9 PM to 6 AM curfew in place in anticipation of the announcement. Ominous to say the least, they’re clearly erring on the side of caution.

Cops were told they couldn’t take time off for a while starting this week … so it’s basically all hands on deck — the assumption being if no charges are brought forth, chaos will erupt.

The grand jury will present their report to a judge at 1:15 PM ET, and Cameron’s presser is set to begin shortly thereafter … obviously, we and the rest of the world be watching.

As we reported … Brett Hankison — 1 of the 3 cops who fired their weapons during the deadly March 13 raid at Breonna’s home — was already fired from the force back in June.

Police Chief Robert Schroeder had said Hankison had “violated obedience to rules and regulations,” and use of deadly force while serving the no-knock warrant.

The other officers involved in Breonna’s death — Sgt. Jonathan Mattingly and Myles Cosgrove — had already been placed on administrative reassignment but were still part of the force.

Cameron has asked the public to remain patient during the investigation … adding his team had been working nonstop — and the grand jury finally convened this week to decide whether to indict the officers.

As we reported … Oprah went to extraordinary lengths to push for justice in the case, including buying 26 billboards around Louisville. Likewise, countless professional athletes, entertainers and ordinary citizens on social media have kept Breonna’s name, and her tragic case, in the spotlight.

Her death has been controversial from the start. As we reported, none of the cops wore body cams, officers initially reported Breonna was uninjured during the raid … and prosecutors seemingly tried to smear her in a plea bargain with her ex-BF.

Breonna’s family recently settled a civil lawsuit with the City for around $12 million. Her mother said they were grateful for the historic settlement, but still wanted full justice.