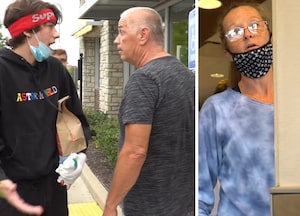 A “rowdy pool party” in California was not shut down by cops on Monday when they realized just how rowdy it was.

The host, a Californian TikTok user by the name of LadyRaRoo, posted a video following her encounter with police, which has been viewed almost 2 million times.

“You guys will not believe what just happened,” the giggling TikTok user told the camera as she watched the Dublin PD car pulling away from her home, with no arrests made.

Irritating YouTuber Vs Real Life Karen Caught in the Wild

Five minutes after being scowled at by her “hateful as f–k” neighbor, she said police officers arrived at the address, having received reports of a “rowdy pool party”.

Panning across her front lawn, the woman revealed just how rowdy the pool party was: her friend and her two toddler children, sitting with their feet in a tiny paddling pool.

“The cops were laughing,” she said, laughing too. “They were like, ‘we got a call about a rowdy pool party, and we were expecting a bunch of teenagers and like a real pool, cannonballing with loud music and what not…'”

Commenters online deduced that the real motive behind the call might have been another feature of the front garden: a tiny, rainbow-flagged lawn sign which read: “Hate has no home here — Black Lives Matter.” 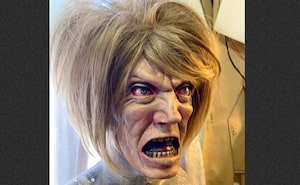 In a second follow-up video, the LadyRaRoo confirmed that it may indeed have been the case.

She said the irked neighbor came out after the cops left and angrily confronted her — sadly not captured on camera this time.

“What’s it like to have that much hate in your heart?” she said she asked the furious Karen, who snapped back: “I don’t — I just don’t need a sign.” 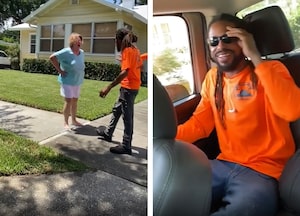