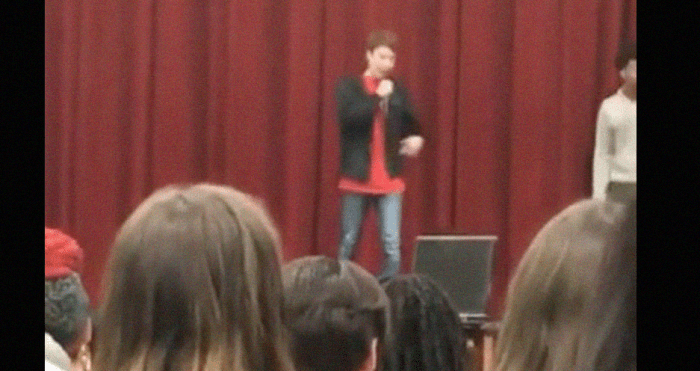 A 15 year old teenager from Ohio is going viral on social media this morning – and he has been suspended from school indefinitely.

That’s the bad news. The good news is that the teen may have a hit song on his hands. The teen took the stage yesterday for a school talent show and he performed his song called “Elephant.”

The lyrics were a little vulgar, but not any more vulgar than most of the rap that you hear streaming.

And the song – which he calls Elephant – is going viral, and folks all over the internet think the kid’s got talent.

Here’s the video that got the kid suspended:

Here are the lyrics: