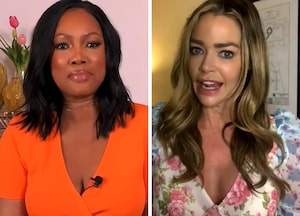 “I could give you the standard response of, ‘Oh, we both came to the decision that it would be best,’ I’m not gonna do that, that’s not who I am.”

A second slot just opened up for the next season of “Real Housewives of Beverly Hills.”

Teddi Mellencamp-Arroyave just confirmed she won’t be back — and said it was not her decision to move on.

“I don’t wanna bore you, but I figured I could give you a little update about what’s going on,” she said in an Instagram video alongside daughter Dove. “I recently found out that my contract as a Housewife is not being renewed.”

“Of course, I could give you the standard response of, ‘Oh, we both came to the decision that it would be best…” she continued, “I’m not gonna do that, that’s not who I am.”

“When I got the news, I was sad, it feels like a breakup almost because you develop such strong relationships with the cast, with the crew and you get to do incredible things that you’d probably never get to experience without the show,” she added. “That being said, I’m really looking forward to the future and being able to focus on my family, my friends, All In. I feel like I have some exciting things ahead and, you know what, I’m pretty busy with this little nug. Thanks for coming along on this journey with me and I’ll see you soon.”

“You heard it here last,” she captioned the video, as reports she had been fired surfaced earlier today online. “Yes, it’s true, I am not coming back to #RHOBH. Thank you to @bravotv, @evolutionusa, @bravoandy and all of the amazing women for the support (and the shade) for the past three years. Back to the shadows I go.”

Teddi joined the show in Season 8, giving her a three-season run on the Bravo reality series. Her exit follows that of Denise Richards, who quit earlier this month.

While Teddi became close with Kyle Richards, that friendship started to rub some of the other women the wrong way as time went on. She was also central to the Lisa Vanderpump Puppygate drama and found herself in the middle of the Denise-Brandi Glanville situation this past season, when she relayed Brandi’s allegations Richards had hooked up with her and insulted the other women behind their backs to the entire cast in Italy.

There are a lot of changes going on at Bravo right now, after Dorinda Medley announced her exit from “Real Housewives of New York” and NeNe Leakes quit “Real Housewives of Atlanta” this year as well. The network also cleaned house at “Vanderpump Rules,” getting rid of four cast members over the racist behavior. 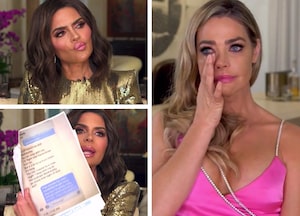