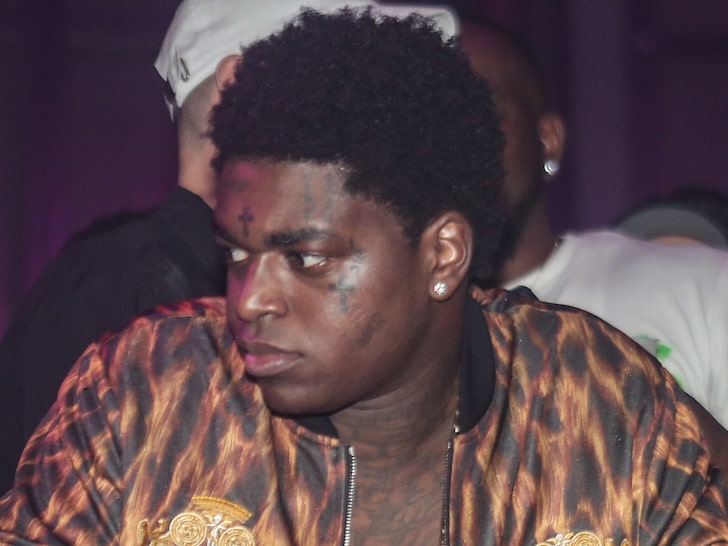 Kodak Black‘s life has been a living hell at a federal prison in Kentucky due to beatings at the hands of guards, mental abuse and religious suppression … so claims the rapper in a new suit.

Kodak’s going after the Federal Bureau of prisons along with its director and the warden of the Big Sandy maximum security prison, claiming he’s been tortured and had his rights violated ever since he was transferred there in October 2019.

According to the docs … the rapper’s transfer was a result of an altercation with another inmate while he was incarcerated at a Miami prison, in which an officer was injured.

Kodak claims Big Sandy guards put a “gang beating” on him shortly after he arrived, allegedly as retaliation for the injured Miami prison guard. He claims the guards “flicked” his testicles during the beatdown.

Since then, the rapper claims he’s routinely punished and mistreated for no legitimate law enforcement reason, including being placed by guards in a backless paper gown on a 4-point restraint for more than 6 hours … with no access to a bathroom.

According to the docs … this has forced Kodak to urinate and defecate on himself while the guards make jokes. He claims medical records show that this treatment also resulted in his mouth bleeding, lacerations and vomiting.

There’s more — the Big Sandy prison guards are accused of placing Kodak on his knees execution-style in just his underwear while soaking wet, which he claims has caused him physical harm along with emotional distress and humiliation.

Finally, Kodak’s legal team of attorneys Bradford Cohen, Robert Buschel and Jonathan Schwartz are following up on their threat to sue because the rapper is also allegedly being denied access to a rabbi.

According to the lawsuit, Kodak is a practicing Hebrew Israelite, but his requests to meet with a rabbi in order to faithfully practice his religion have fallen on deaf ears … while he claims other inmates are granted access to clergy.

The rapper’s suing to be moved to a lower-security prison … plus he wants damages and his legal fees covered. We reached out to the Federal Bureau of Prisons … no word back yet.