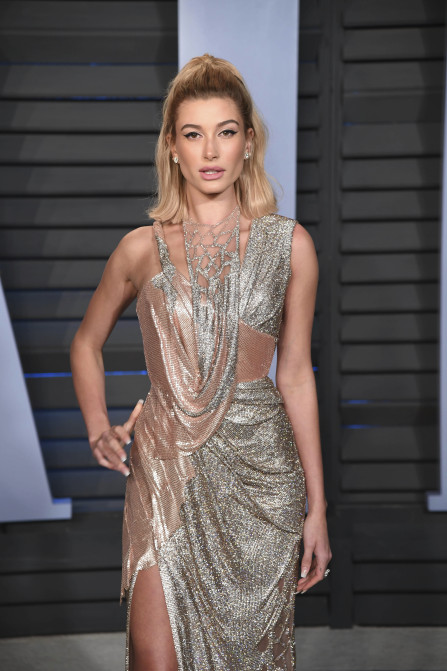 Since way before she was married to Justin Bieber, Hailey Baldwin Bieber has been making headlines. But it’s really the past few years when the model has become an A lister, appearing on red carpets, in fashion campaigns and on magazine covers. Bieber’s trendy hairstyles—and killer outfits, of course, have helped catapult her to the top of the Los Angeles It-girl group, which also includes Kendall and Kylie Jenner, Gigi and Bella Hadid and Cara Delevingne. Each has their own signature hairstyle but no one screams California blonde like Bieber.

Bieber doesn’t switch it up as often as say, Kylie Jenner, but her actually do-able hairstyles keep everyone guessing—and double tapping. She favors a honey blonde that sometimes has more bright ashy highlights, as well as ’90s hairstyles. Her length usually stays around bob or lob level, though you’ll see her wear extensions on occasion. She never met a ponytail she didn’t love, usually a high one with a flipped-out extension. Add a scrunchie and you’re heading right into Hailey Baldwin Bieber territory.

Whether she’s at the Vanity Fair Oscar Party, supporting Justin at one of his premieres or strutting the sidewalk during Paris Fashion Week, Bieber always looks put together. She has a knack for rocking a slicked-back bun with cool sweats, making her looks sleek—never sloppy. It’s a skill not many have but Bieber is definitely one of them. Take a little trip down memory lane and relive seven of the model’s chicest hairstyles of the past few years. Bookmark this page for your next event—even if it’s just from the couch.

At the 2018 iHeartRadio Music Awards in Los Angeles, CA, Bieber paired her glam dress with a surprisingly simple half-up hairstyle to show off those diamond earrings. 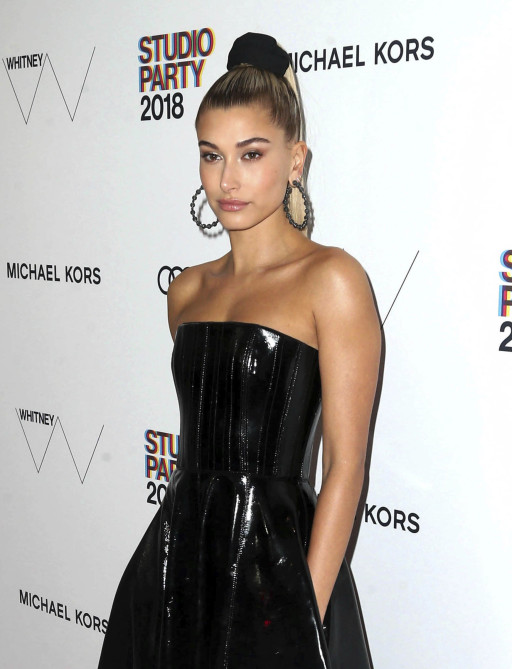 At the Whitney Museum Gala and Studio Party 2018 in New York City, Bieber went for a sky-high ponytail adordned with a black scrunchie. 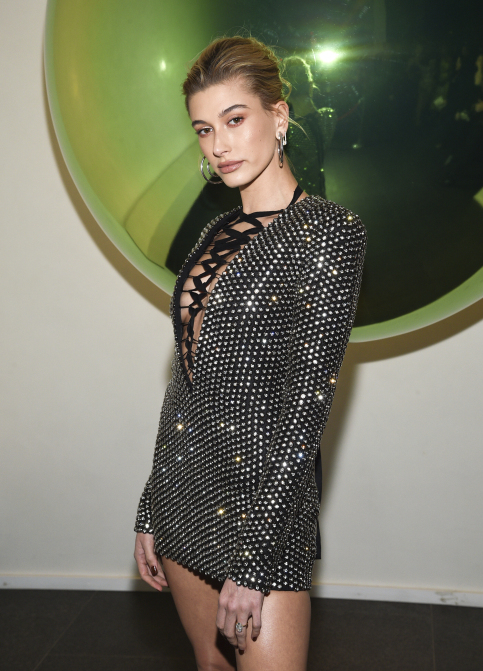 Though she was born in the 1990s, the model loves a ’90s hairstyle. She rocked this updo at the grand opening of The Times Square Edition hotel in 2019 in New York. 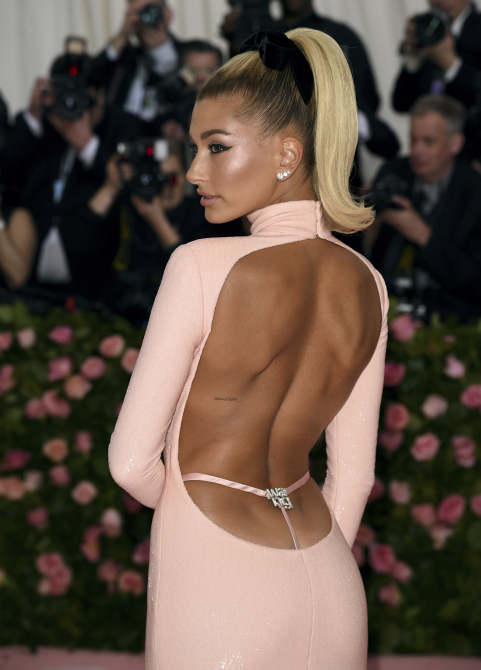 Who could forget this epic look at the 2019 MET Museum Costume Institute Benefit Gala? The ponytail queen rocked another luxe scrunchie and a pony with a retro flip. 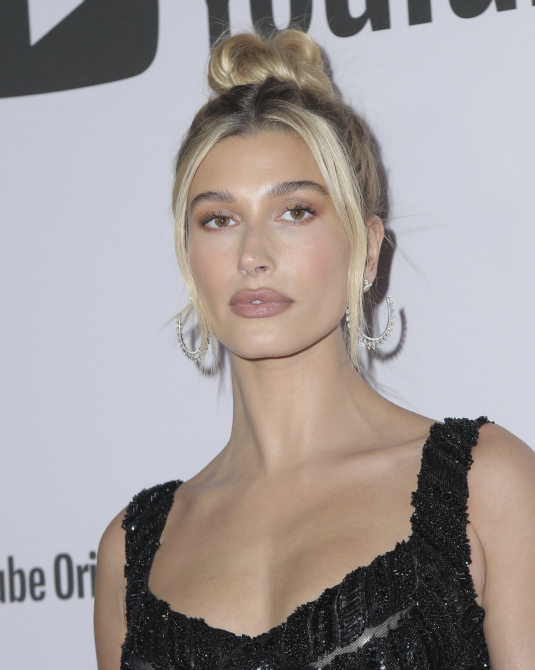 At the premiere of YouTube Originals’ “Justin Bieber: Seasons” in Los Angeles in January 2020, Bieber supported her husband Justin on the red carpet. Her messy topknot with two front pieces pulled down in ’90s fashion. 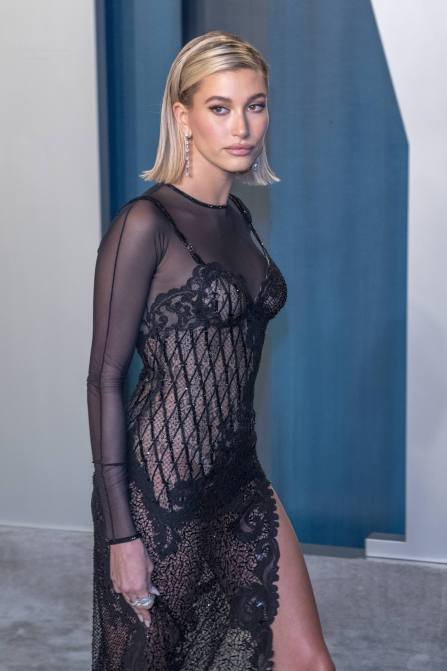 Bieber wore her hair down to the 2020 Vanity Fair Oscar Party in Feburary. The ends of her bob are perfectly blunt and flipped out as is the model’s favorite style. 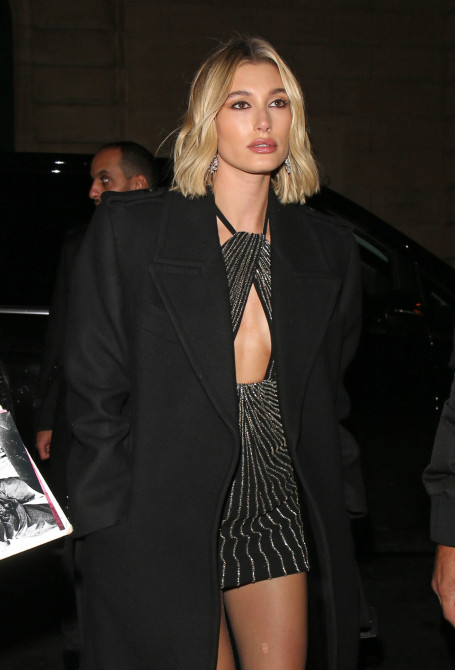 She put a cool-girl bend in her bob at Paris Fashion Week in February 2020.