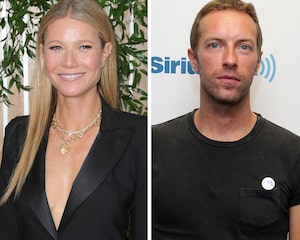 “Some days you really don’t want to be with the person that you are getting divorced from.”

On the surface, Gwyneth Paltrow and Chris Martin’s co-parenting looks as idyllic as such a situation can be.

But according to the Goop founder, it’s not as perfect as it may seem; speaking to Drew Barrymore on her new talk show on Tuesday, she admitted: “Some days it’s not as good as it looks.”

The host lauded her fellow actress for showing her, and indeed the world, an (the) example of how to consciously uncouple without traumatizing your shared children.

“In a way my divorce and my relationship with Chris now is better than our marriage was,” Paltrow admitted. “So I do think that it can be done.”

She said that one of the main requirements was not putting all of the blame on one’s former partner, and accepting some yourself.

“You have to have radical accountability,” she said. “You have to know that every relationship is 50/50. No matter what you think, how you think you were wronged, or how bad you perceive the other person’s actions, or whatever the case may be.”

“If you are brave enough to take responsibility for your half and really look at your own garbage and your own trauma and how it’s presenting in the world and in your relationship then there really is somewhere to go and something to learn and something to heal.”

Gwyneth split from the Coldplay frontman in 2014, after 11 years together. They share 16-year-old daughter Apple, and 14-year-old son Moses.

“I really wanted my kids to not be traumatized, if it were possible,” she continued. “Chris and I committed to putting them first and that’s harder than it looks, because some days you really don’t want to be with the person that you are getting divorced from but if you’re committed to having family dinner then you do it.” 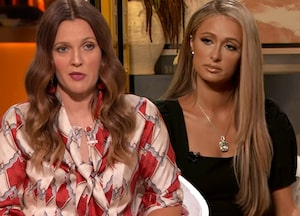 “And you take a deep breath and you look the person In the eye and you remember your pact and you smile and you hug and you make a joke and you just recommit to this new relationship that you are trying to foster.”

Barrymore, who shares two daughters — Olive, seven, and Frankie, six — with ex-husband Will Kopelman, was in complete agreement.

“You know what? You said it,” Paltrow told her, “it’s like you’re ending a marriage but you’re still in a family. That’s how it will be forever.”

“Some days it’s not as good as it looks. We also have good days and bad days but I think it’s driving towards the same purpose of unity and love and really what’s best for them.”

She concluded: “We have this idea that just because we break up we can’t love the things about the person anymore that we loved and that’s not true.” 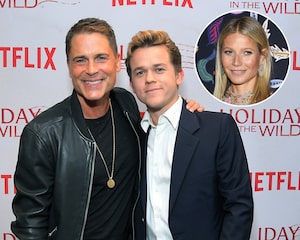