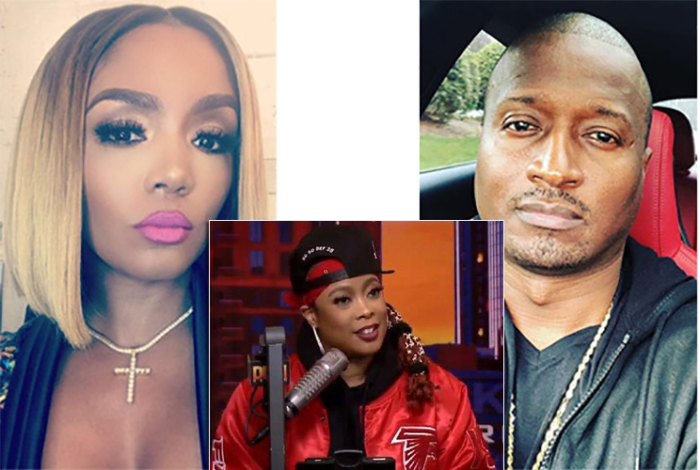 And many are criticizing Da Brat for talking so openly, and so graphically, about a past relationship with a man who married her friend. They believe that Da Brat is out of line for discussing Rasheeda’s husband like that.

Da Brat has given multiple interviews where she discusses her past relationship with Kirk, which she claims was sexual – and profitable.

According to Da Brat, Kirk tricked off TENS OF THOUSANDS of dollars on her – before she gave up the drawers. Da Brat explained that when she first met Kirk, he wrote his number on twenty $100 bills to get her attention.

Later on, Rasheeda’s husband allegedly bought her a bunch of gifts, including a $75,000 Lincoln Navigator jeep.

Da Brat claims that all this happened before Rasheeda and Kirk were married. But she didn’t specify whether Kirk and Rasheeda were dating at the time.

Doi you think Da Brat is wrong for talking about someone else’s husband??