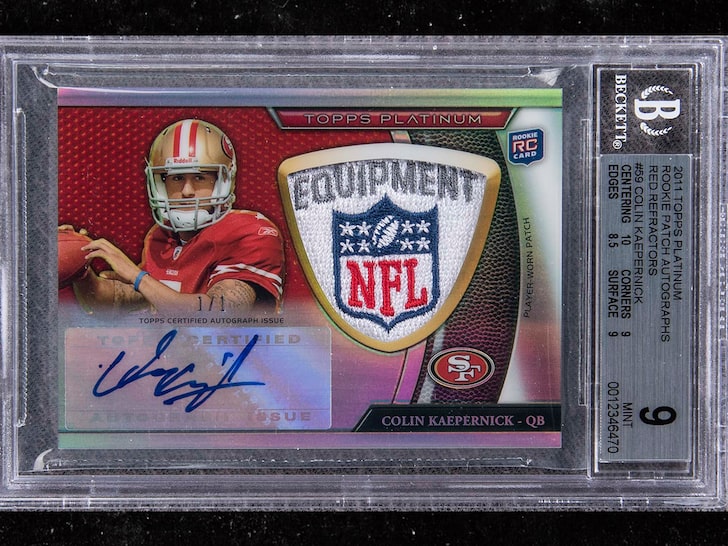 A SUPER RARE Colin Kaepernick football card just sold for over $20k at auction … and at least $5 grand is being donated to the quarterback’s charity! 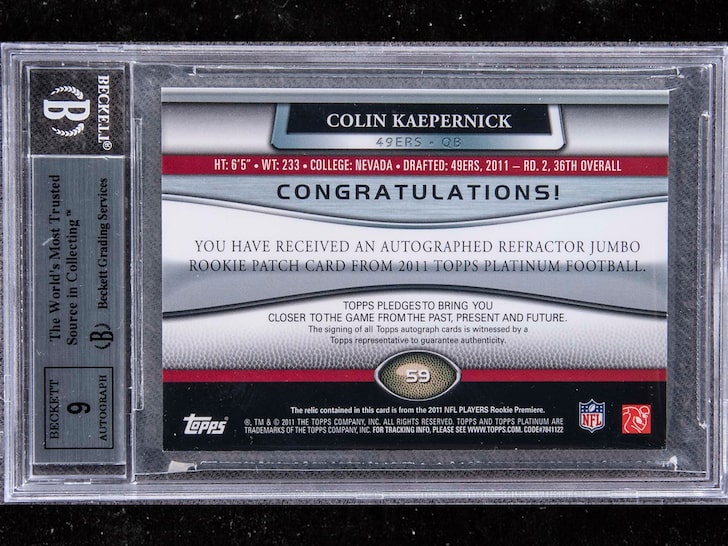 Pretty awesome … considering the card was originally part of a regular pack of cards. The anonymous seller picked up the card for less than $1,800 on eBay, before consigning it to GA.

Instead of keeping all the cash, the seller decided to donate a chunk of his profits to the Know Your Rights Camp — Colin’s charity.

BTW, the Kap memorabilia doesn’t stop with the card — the consignor is now selling a pair of game-worn, autographed Kaepernick gloves … and you guessed it, KYRC is gonna get another check!