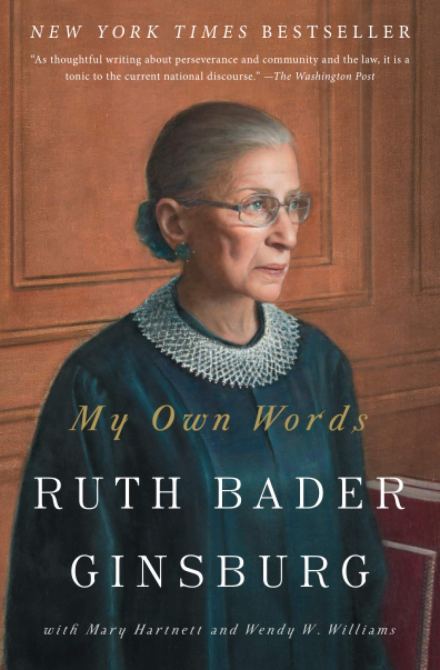 After RBG’s death, people across the world have been reading Ruth Bader Ginsburg’s quotes as a way to remember her legacy. Ginsburg, who was appointed as Supreme Court Justice in 1993 by President Bill Clinton, died on September 18, 2020, due to complications related to metastatic pancreas cancer. She was 87.

“Our Nation has lost a jurist of historic stature. We at the Supreme Court have lost a cherished colleague. Today we mourn, but with confidence that future generations will remember Ruth Bader Ginsburg as we knew her—a tireless and resolute champion of justice,”  Chief Justice John Roberts said in a statement following her death.

Throughout her 27 years as a Supreme Court Justice, Ginsburg was a crusader for social issues, such as abortion rights, same-sex marriage, voting rights, immigration, health care and affirmative action, as the most senior member of the court’s liberal wing. Her death came seven weeks before Election Day. In a past interview with her granddaughter, Clara Spera, Gindburg said that she didn’t want her replacement to be appointed until the next president was elected. “My most fervent wish is that I will not be replaced until a new president is installed,” Gindsurg said.

Ahead, look back on Ruth Bader Ginsburg’s quotes about the Supreme Court, marriage, feminism and more.

“If you have a caring life partner, you help the other person when that person needs it. I had a life partner who thought my work was as important as his, and I think that made all the difference for me.”

“Real change, enduring change, happens one step at a time.”

“Fight for the things that you care about, but do it in a way that will lead others to join you.”

“I tell law students…if you are going to be a lawyer and just practice your profession, you have a skill—very much like a plumber. But if you want to be a true professional, you will do something outside yourself… something that makes life a little better for people less fortunate than you.”

“Don’t be distracted by emotions like anger, envy, resentment. These just zap energy and waste time.” 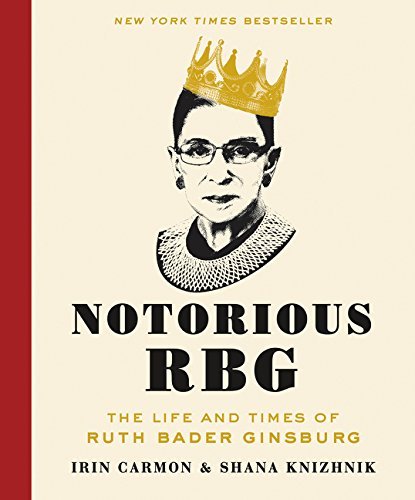 “Women will have achieved true equality when men share with them the responsibility of bringing up the next generation.”

“I ask no favor for my sex. All I ask of our brethren is that they take their feet off our necks.”

“My mother told me to be a lady. And for her, that meant be your own person, be independent.”

“I don’t say women’s rights—I say the constitutional principle of the equal citizenship stature of men and women.”

“Women belong in all places where decisions are being made. It shouldn’t be that women are the exception.”

“Women belong in all places where decisions are being made. It shouldn’t be that women are the exception.”

“People ask me sometimes… ‘When will there be enough women on the court?’ And my answer is: ‘When there are nine.’

“Feminism [is the] notion that we should each be free to develop our own talents and not be held back by manmade barriers.” 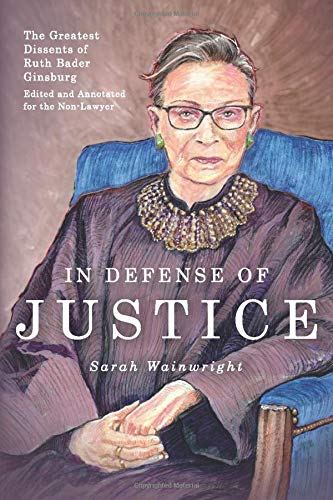 “So often in life, things that you regard as an impediment turn out to be great, good fortune.”

“Reading is the key that opens doors to many good things in life. Reading shaped my dreams, and more reading helped me make my dreams come true.”

On the Supreme Court

“Dissents speak to a future age. It’s not simply to say, ‘My colleagues are wrong and I would do it this way.’ But the greatest dissents do become court opinions and gradually over time their views become the dominant view. So that’s the dissenter’s hope: that they are writing not for today, but for tomorrow.”

“When I’m sometimes asked ‘When will there be enough [women on the Supreme Court]?’ and I say ‘When there are nine,’ people are shocked. But there’d been nine men, and nobody’s ever raised a question about that.”

“This is something central to a woman’s life, to her dignity. It’s a decision that she must make for herself. And when government controls that decision for her, she’s being treated as less than a fully adult human responsible for her own choices.”

On how she wants to be remembered

“Someone who used whatever talent she had to do her work to the very best of her ability. And to help repair tears in her society, to make things a little better through the use of whatever ability she has. To do something, as my colleague David Souter would say, outside myself. ‘Cause I’ve gotten much more satisfaction for the things that I’ve done for which I was not paid.”