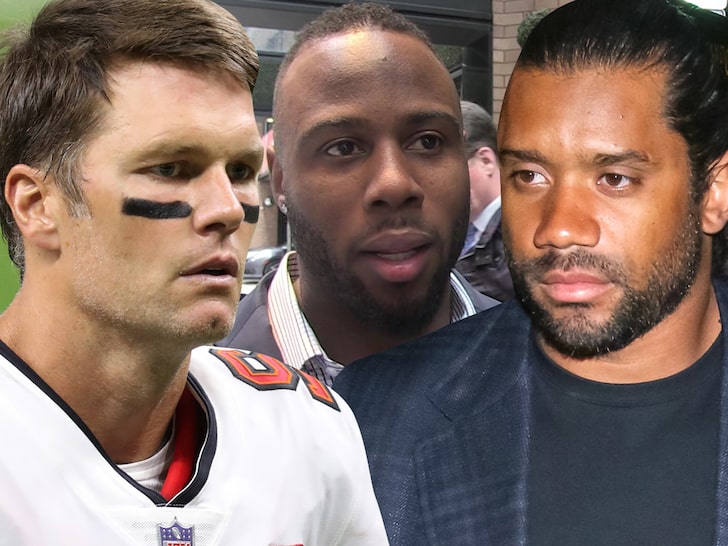 Tom Brady and Russell Wilson were both devastated to hear their former teammate James White‘s father died in a car crash Sunday … with Brady saying he’s “so heartbroken.”

White’s dad, former Miami-Dade Police Captain Tyrone White, was killed in a violent crash at around 1 PM in Cooper City, Fla. — just hours before White’s Patriots were set to play the Seahawks.

Cops say when they responded to the two-car accident, one vehicle was flipped over, while the other was on fire.

Officers say Tyrone was pronounced dead at the scene … while White’s mother, a passenger in Tyrone’s car, was transported to the hospital, reportedly in critical condition.

White ended up sitting out the Patriots loss to Seattle after hearing the news … and before, during and after the game — NFL stars like Brady and Wilson expressed their condolences to the RB.

“So heartbroken to hear the news of the tragedy of my great friend and forever teammate,” said Brady, who played with White for years in New England. “There are few people that come into your life that do EVERYTHING the right way… James is one of them.”

“His parents raised an amazing son. And we are all grieving with James as he is going through this difficult time. Love you my friend.”

Added Wilson, who played with White at Wisconsin before the two were NFL stars … “My heart’s been heavy all day thinking about him … James, I’m praying for you, man.”

White is a 3-time Super Bowl champion with the Patriots … and has played in 79 games for New England since joining the team in 2014.