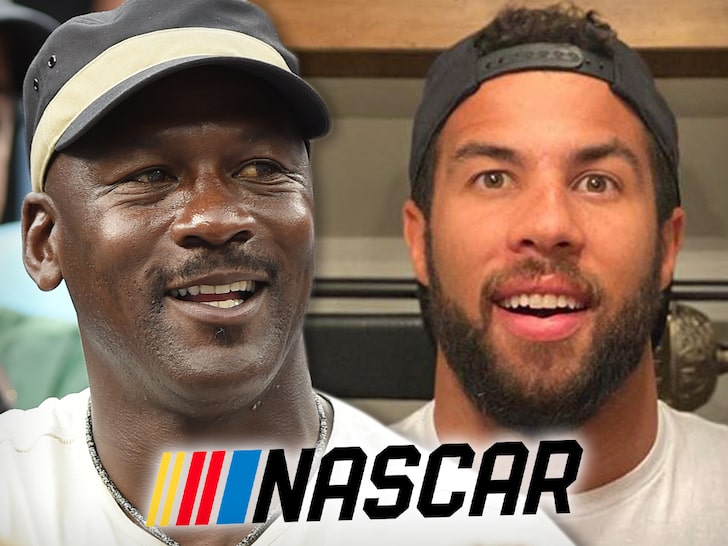 Air Jordan is about to become Rev Jordan — because Michael is teaming up with a NASCAR legend to start his own racing team … with Bubba Wallace behind the wheel.

MJ and Denny Hamlin made the announcement late Monday, saying they were kicking off a new, single car NASCAR Cup Series team for 2021 … and their first driver is gonna be none other than Bubba himself.

Michael writes, “Growing up in North Carolina, my parents would take my brothers, sisters & me to races, and I’ve been a NASCAR fan my whole life. The opportunity to own my own racing team in partnership w/my friend, Denny Hamlin, & to have Bubba Wallace driving for us, is very exciting for me.” He goes on to say that the timing seemed perfect to get more Black owners in NASCAR, which has historically struggled with diversity.

Tonight, I’m excited to announce MJ and I are starting a new, single car @NASCAR Cup Series team for 2021. Deciding on a driver was easy – it had to be @BubbaWallace. pic.twitter.com/nIJv0X6ZOX

MJ adds, “In addition to the recent commitment and donations I have made to combat systemic racism, I see this as a chance to educate a new audience and open more opportunities for Black people in racing.” Denny echoed that, saying him being the 1st Jordan sponsored driver led to the partnership, while explaining why BW was the perfect fit.

As for Bubba — who left the Richard Petty Motorsports team earlier this year after the noose scandal that befell him — he says it’s a once-in-a-lifetime opportunity he couldn’t pass up.

This is a unique, once-in-a-lifetime opportunity that I believe is a great fit for me at this point in my career. I’m grateful and humbled that they believe in me and I’m super pumped to begin this adventure with them.

He adds, “Both Michael and Denny are great competitors & are focused on building the best team they possibly can to go out and compete for race wins. I’m grateful and humbled that Michael and Denny believe in me and I’m super pumped to begin this adventure with them.”

Statement from Bob Germain on the future of Germain Racing: pic.twitter.com/3TbVwyfzRZ

Now for some specifics — Denny is said to have purchased the charter from Germain Racing, with MJ serving as the principal owner and Denny as a minority partner as he continues to drive for Joe Gibbs Racing. Bubba has been signed to a multi-year deal.

No word on a number, car manufacturer, team name or sponsor at this point … but all that will come in time. All we can really say … WOW!