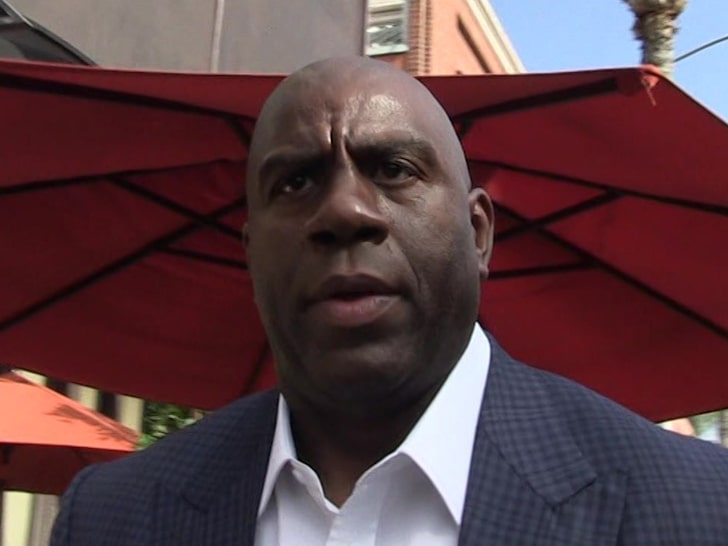 Magic Johnson and his employees are getting besieged by a guy who’s issuing threats and demands, and recently made it past Magic’s office security — so, now Magic’s court order protection.

A judge granted the NBA legend a temporary restraining order today against a guy named Willie Frazier who, Magic says, has been harassing him and his employees for years… and things have been getting worse and worse.

Magic’s staff tried to ignore the demands, but Frazier’s contacts became increasingly frequent — until they were getting bizarre voicemails almost every week. On some of those calls, Frazier claimed he was with the FBI and that if Magic didn’t do what he wanted, he would physically harm Magic and his staff. Magic characterizes the behavior as a form of “stalking,” saying he feared for his and others’ safety.

Finally, in 2020 … Magic says a hard line was crossed when Frazier twice came to Magic’s office building and made it past security, and rode the elevator to Magic’s floor. When Frazier couldn’t get inside the suite, he allegedly slipped another of his bizarre demands under the door.

Welp, a judge heard Magic — as well as supporting statements from several of his employees, including high-ranking execs and granted the TRO … which says Frazier must say 100 yards away from Magic and a handful of his employees.