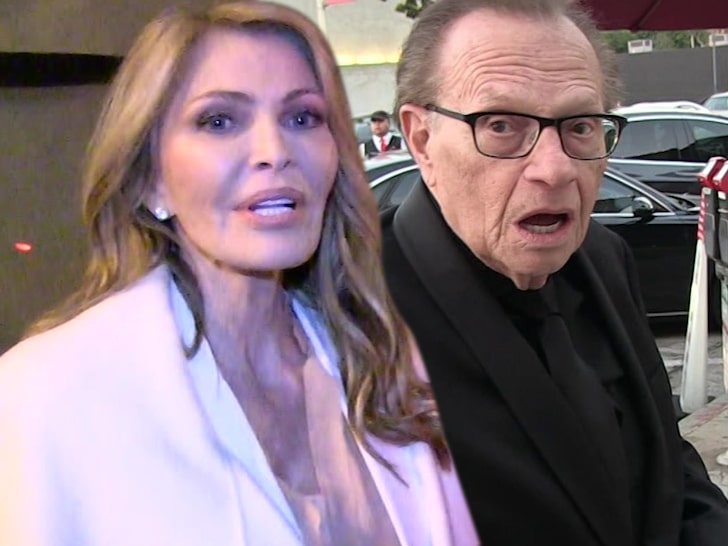 Larry King‘s estranged wife says she has no form of income and needs the legendary interviewer to cough up some dough.

Shawn King filed new docs asking for the former CNN host to pay her at least $33,100 per month in temporary spousal support … this according to legal docs obtained by TMZ. Shawn also wants Larry to pay retroactive to August 20, 2019, which is when Larry filed for divorce.

Shawn says she needs spousal support because she has no form of income … she says she gave up lucrative TV hosting and modeling jobs after becoming a homemaker to raise their kids. She says she was financially dependent on Larry during their 22-year marriage.

She makes no bones about it … she claims Larry makes way more than the amount he disclosed in docs — $1.9 million per year from infomercials. She brought up, for example, his recent $5 million podcast deal to host “The Millionth Question.”

And, get this … Shawn also disclosed the ex-couple made over $4 million from the sale of their former family Beverly Hills home. You’ll recall … that home sold back in January for a cool $15.5 million. The ex-couple had bought the 5-bed, Tuscan-style house in 2007.