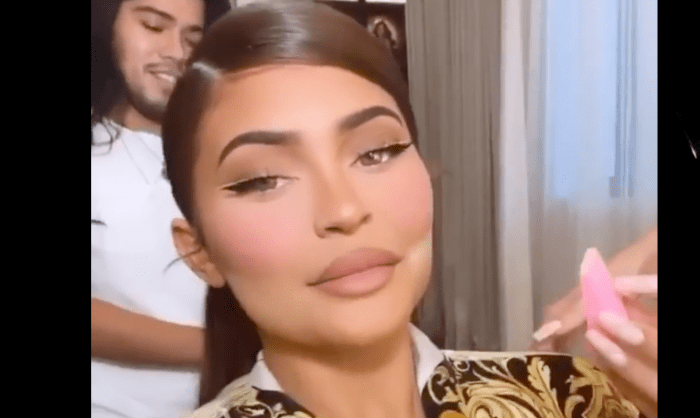 Kylie Jenner unveils her new face – and it’s going viral. MTO News learned that Kylie showed off her brand new cheeks on social media this weekend, and the reviews were mixed.

While many of Kylie’s fans liked her new face – which was achieved either through cheek implants or surgical “fillers” – others thought the 23 year old billionaire is doing too much.

Some folks on Twitter have begun referring to Kylie as “chipmunk.”

Last year Kylie Jenner shocked the world when she landed the cover of Forbes magazine in March 2019 and was crowned the world’s youngest self-made billionaire at age 21, sparking some controversy that growing up privileged and well connected was not exactly “self-made.”

But the controversy did not end there for Kylie. In May 2020, Forbes released a statement accusing Jenner of forging tax documents so she would appear to be a billionaire. The publication also accused her of fabricating revenue figures for Kylie Cosmetics.  Afterwards, she was stripped of her billionaire status and her title.