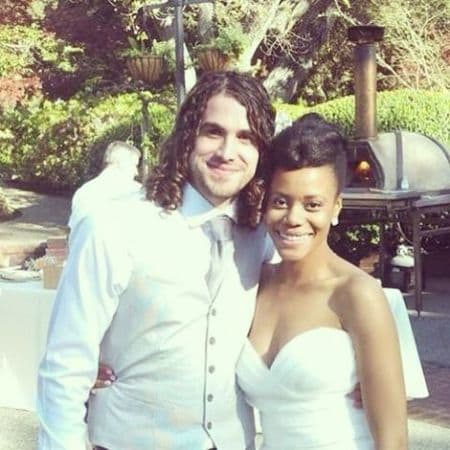 Congratulations are in order for Insecure star Christina Elmore and her husband Ryan Duke, who is Caucasian. MTO News can confirm that the happy couple is expecting their second child together.

Even though Christina did not make any posts about her Emmys attendance, MTO News (and fans) learned of her pregnancy through Issa Rae’s Instagram Stories feed.

Her co-star was filming other celebs in what appeared to be a football field before the camera panned to show Christina in a black gown as her baby bump was full-on display.

Elmore has been acting since at least 2013 when she landed her first major role in Fruitvale Station alongside Michael B. Jordan. Her major break came in 2014 when she was cast in a recurring role in The Last Ship as the character Lt. Alisha Granderson for four years. From there, she starred in a made for television film Vehicle for Revenge in 2016.

Her are pics of Christina and her husband: