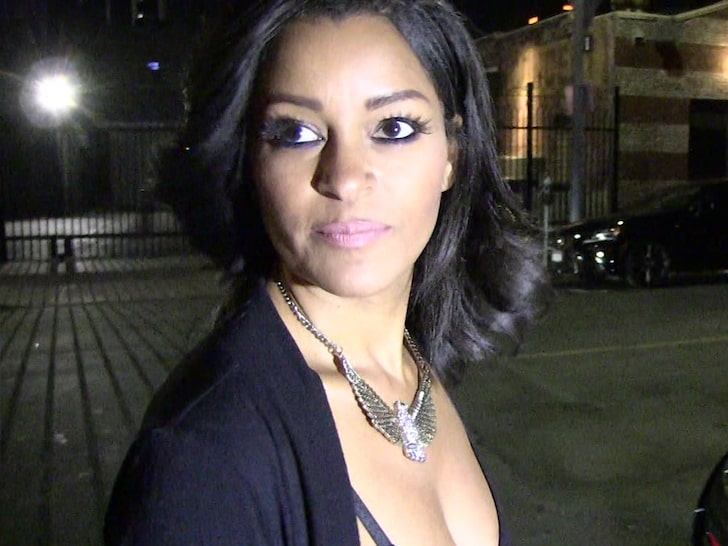 Claudia Jordan turned Just Peachy wine into a booming brand, then got left high and dry because she supports the Black Lives Matter movement … or so she claims in a new suit.

The former ‘Real Housewives of Atlanta’ star is going after Biagio Cru and Estate Wines, because she claims she was wrongfully fired in late 2018 over her public support of justice for Black people and speaking out against unlawful police treatment.

According to the docs — obtained by TMZ — Jordan claims she entered into an agreement with Biagio in 2016 to work together, in which she would promote Just Peachy in return for 3 percent ownership of the brand and 3 percent of all the money it hauls in.

Claudia says the campaign kicked off in 2017 and was a huge success over the following year. She claims sales were dramatically boosted due to her involvement in the strategy and marketing … and the brand became synonymous with her name.

Despite all that, Claudia claims Biagio tried to terminate its contract with her in late 2018 and stopped paying her. She alleges this was due to her support of BLM, and even says Biagio commented that her social media posts against police brutality of African-Americans were “too slanted.”

According to the suit — filed by attorney Christopher Brown — Biagio stopped sending her financial statements in 2018 and cut her off. Claudia also claims Biagio continues to use her association with Just Peachy to its advantage while denying it struck a deal giving her ownership.

The company claims it elected to part ways with Claudia for “legitimate, non-discriminatory reasons; namely, dissatisfaction with Ms. Jordan’s ability to boost sales in relevant markets” … but she believes it was over her political views on racial issues.

She’s suing for breach of contract and is seeking hundreds of thousands or more in damages.

Biagio Cru says it will “vigorously defend against the false claims asserted by Ms. Jordan and will pursue any and all appropriate legal actions associated with false and defamatory statements published by Ms. Jordan.”