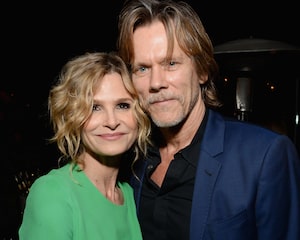 See who was once married to a prince.

Kim Kardashian and the details of her marriages may be well documented, but some fans may have forgotten she actually first tied the knot when she was 19.

Kim and music producer Damon Thomas said “I do” in 2000 but filed for divorce just a few years later in 2003. In divorce paperwork acquired by The Daily Mail, Kim said Damon was both physically and mentally abusive. Many years later, Kim also admitted to being on drugs when she got married to Damon in Las Vegas.

“I got married on ecstasy. I did ecstasy once, and I got married,” Kim revealed on “Keeping Up With The Kardashians.”

Olivia Wilde was once married to a prince! When she was just 19 years old, she tied the knot with Italian royalty and filmmaker Tao Ruspoli after reportedly meeting through a mutual friend.

The couple stayed together for eight years but ultimately called it quits.

“[I] wouldn’t be this person without that first marriage, I really grew up with my first husband. Now I’m in a much wiser, more centered place in life,” Olivia told Glamour.

When Demi Moore was just 17-years-old, she began dating musician Freddy Moore, who reportedly split with his wife to be with her. The duo tied the knot in 1980 and Demi later wrote that she believed she rushed to marry Freddy because she was grieving the loss of her father.

“The night before we got married, instead of working on my vows, I was calling a guy I’d met on a movie set. I snuck out of my own bachelorette party and went to his apartment. Why did I do that? Why didn’t I go and see the man I was committing to spend the rest of my life with to express my doubts. Because I couldn’t face the fact that I was getting married to distract myself from grieving the death of my father. Because I felt there was no room to question what I’d already put in motion. I couldn’t get out of the marriage, but I could sabotage it,” Demi wrote in “Inside Out.”

The couple split five years later, but Demi continues to use his surname. 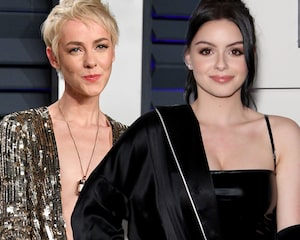 Stars Who Emancipated From Their Parents As Children

LeAnn Rimes first met Dean Sheremet in 2001 when he was a backup dancer at the Academy of Country Music Awards. The following year, when LeAnn was 19, the duo got married. The couple stayed together for quite a few years, calling it quits in 2009.

“You know, we got married, I was 21 and she was 19, so it’s like I think about that, and it’s like I wasn’t even thinking about getting engaged at that time or married. You don’t even know anything about yourself. That’s not to discredit, you know, we were in love, and it was right at the time,” Dean reportedly said on an episode of “Personal Space.”

Drew Barrymore was engaged twice as a teenager. When she was 16, Drew’s boyfriend Leland Hayward popped the question and after calling it off, Drew got engaged to 31-year-old bar owner Jeremy Thomas at age 19. The duo had only been dating for six weeks and filed for divorce two months after walking down the aisle.

Milla Jovovich married her “Dazed and Confused” co-star Shawn Andrews when she was just 16 years old. Milla later said the wedding was to “prove a point” to her mom, who annulled the marriage two months later.

“I was 16 and feeling emancipated, so I ran off to Vegas and got married to an actor…Basically it was to prove a point to my mum. I’d been working since I was nine, but I didn’t have a bank card. I was a big girl as far as I was concerned and I wanted to establish myself as an adult, as I was working like one and being treated like one by everyone else. It wasn’t about being in love, but when you’re 16 you have to take three rights to make a left,” Milla told Daily Mail.

Solange Knowles and her high school sweetheart Daniel Smith got married when she was 17 years old. A year later, Solange gave birth to the couple’s son and they moved to Idaho, where Daniel was attending college. By age 21, the duo had split but she says she has no regrets about the relationship.

“No, I think every decision has made me who I am today. I’ve embraced everything because I know that only God can give life, no one else. I’m happy that I have a beautiful, wonderful, amazing child who’s made me a better person,” Solange told Essence.

Macaulay Culkin and Rachel Miner got married at age 17 after reportedly meeting at the Professional Children’s School in Manhattan. The couple separated two years later.

Melanie Griffith and Don Johnson first met on the set of “The Harrad Experiment” when she was 14 and he was 22. By Melanie’s 18th birthday, the duo had gotten married. Six months later, the couple split, allegedly due to issues with drug and alcohol addictions.

Almost a decade later in 1989, Melanie and Don reunited, remarried, and welcomed their daughter Dakota. They stayed together for several years before divorcing for the final time in 1996.

Taylor Hanson and his wife Natalie reportedly met at a Hanson concert back in 1999. The two tied the knot in 2002 when Taylor was 18. At that time, Natalie was three months pregnant with the couple’s first child. The couple are still married and have welcomed five other children.

Cher first met her future husband Sonny Bono when she moved to Los Angeles at age 16. She accepted an offer to be his housekeeper and the duo developed a romantic relationship. They later got married in an unofficial ceremony in Mexico when Cher was 18 and Sonny was 29. Five years later, they got an official marriage certificate after the birth of their only child Chaz.

After over a decade of performing together, Sonny and Cher split in 1975. 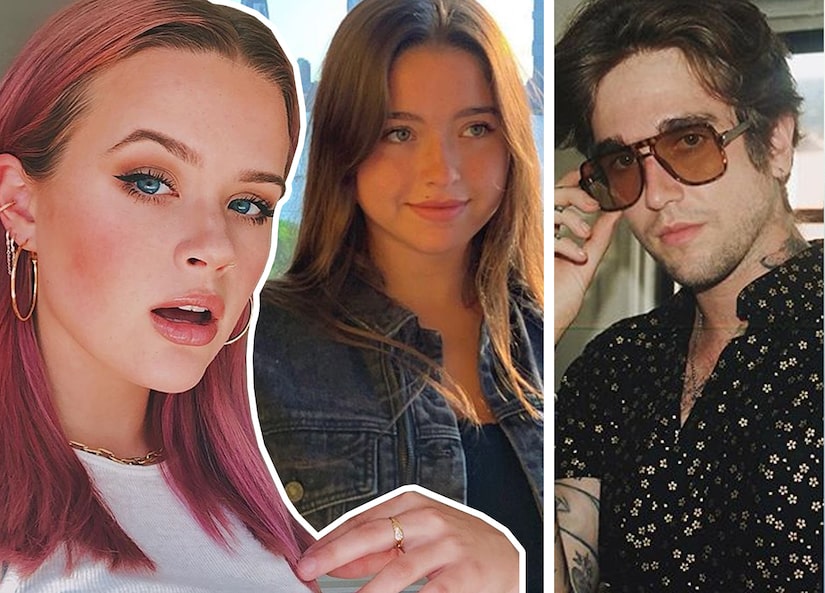