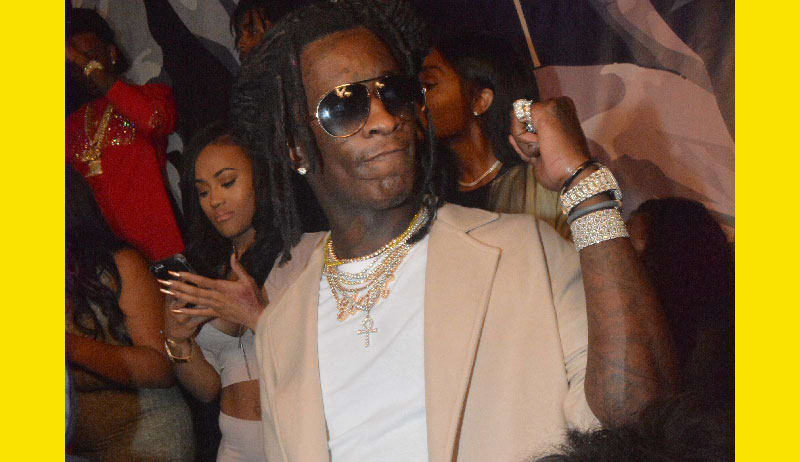 Young Thug couldn’t help but weigh in after a video of YFN Lucci accidentally firing a gun during a music video went viral.

TMZ obtained footage of YFN Lucci, discharging a round from a semi-automatic gun while shooting a music video.

In the video, he is handed a weapon — but he seems to think its just a prop gun. A nearby crew member then tells him not to pull the trigger. Lucci then pulls the trigger, and people can be seen and heard screaming and fleeing from the scene. The bullet left a hole in the studio floor. Nobody was hurt.

YFN Lucci and Thugger have been going back and forth at each other for quite some time now.

In May, the pair got into another public spat, and Thug threatened to slap Lucci.

“My teeth cost more than your little broke ass life, boy,” he said. “Stop playing. I’mma slap the sh*t out of [you] as soon as I see you like I said.”