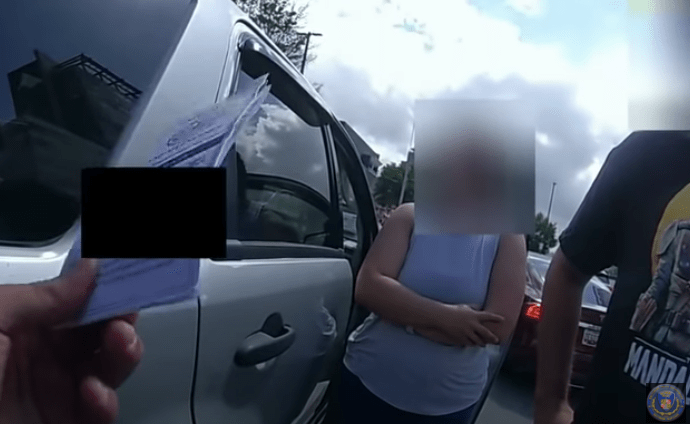 A Texas cardiologist has apologized after he wrote on Twitter that his daughter in Baltimore had been attacked by “BLM” or Black Lives Matter activists — but that the city police refused to do anything because the suspects were Black.

“My daughter called in tears,” Andrea Natale tweeted. “She was driving [with] her boyfriend in Baltimore & their car was attacked by a group of BLM. It was damaged & her BF was beaten.”

“She filmed it & called the police, but they cannot do anything [because] they are African-American,” he continued. “Is this the America we want?”

But the police department’s record of events differs significantly.

Baltimore Police released body camera footage of the encounter to The Baltimore Sun.

In the video, a couple (assumed to be Natale’s daughter and her boyfriend) explained to an officer that they declined to have their windshield washed. The man then said he jumped out of the car, and that three squeegee washers approached and surrounded him.

“I said, ‘I will defend myself, I do have a knife on me.’ [One of the squeegee washers] said, ‘I have a knife too,'” the man tells the officer.

After word spread of what actually went down, Natale issued the following statement:

“I sincerely apologize for a tweet I posted this weekend,” he said. “I was worried about my daughter, and I jumped to a conclusion based on the information I had at the time. I’ve dedicated my entire professional career to healing people from all backgrounds, and I regret that my words were misinterpreted and created hurt and pain. It was not my intention.”