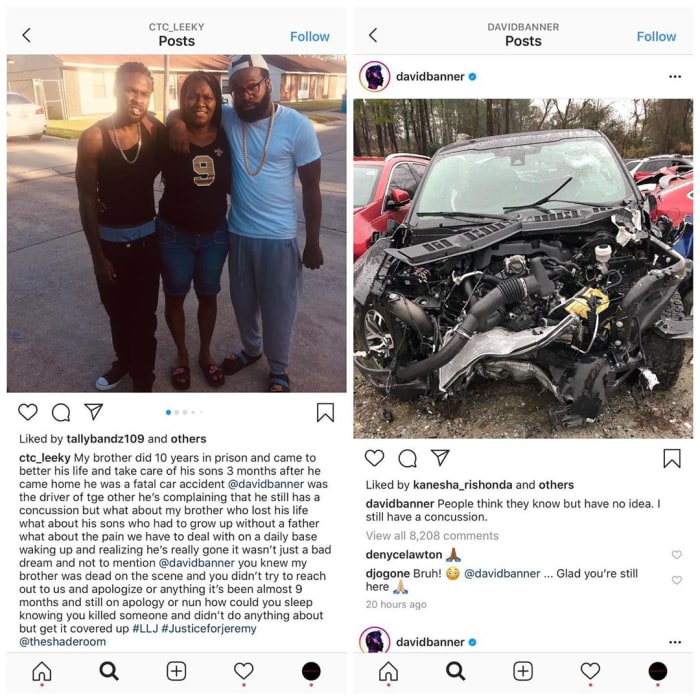 Rapper David Banner is being accused of killing a man, MTO News has learned. David was involved in a very serious car accident about 9 months ago – where he suffered a massive concussion.

Yesterday a woman took to social media, with some explosive claims however. According to the woman, David’s accident involved her brother. And says further that her brother was killed in the accident.

While she doesn’t blame David for the accident, she’s upset that hasn’t reached out and “apologized” for allegedly killing her brother. She also thinks his focus on his concussion and all the things that happened to him is insensitive, given that her brother – the other victim- lost his life.