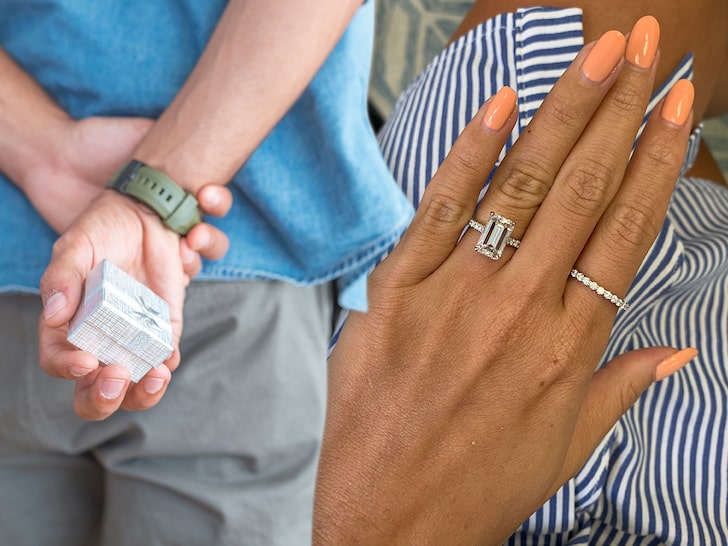 Here’s one more thing to add to your “This Can’t Be Happening 2020” f***-it list — folks are sliding into DMs for some lovin’ … but not for booty calls, more so marry-me-buys.

It’s true … with pretty much all of us being quarantined and hesitant and/or prohibited from going into shops these days, love birds are starting to flock to the digital space to find their engagement rings — especially on IG and TikTok, which is proving to be oh so fruitful.

Take The Clear Cut, for example — a huge company that’s shifted to social media to facilitate sales, and we gotta say … they’re kinda genius, ’cause the numbers are jumping.

TCC’s co-founder, Kyle Simon, tells TMZ that they’ve seen a whopping 330% increase in revenue over the past few months … ever since they started posting their engagement ring selection on the ‘Gram and TikTok, which we’re told they get hit up about directly now.

Yes … that means customers are literally sliding into their DMs to ask about specific items they’ve seen and wanna buy. From there, Simon and co. take them to the next phase.

Clear Cut has a huge product line, but we’re told engagement rings specifically are flying off their digital shelves faster than they can stock ’em … and that the most expensive ones they’ve agreed to sell via social media ran about $70k. On average, they’re flipping $20k rocks.

Hey, nobody said getting married was cheap! Anyway, the point is … CCJ is now doing 80% of their business on Instagram, and siphoning traffic from their TikTok account too. It’s wild.

As for why this is happening — especially the pricier splurges we’re told they’re experiencing — Simon says people’s budgets have changed … no more forking out an arm and a leg for venues, honeymoons or anything else uber expensive (at least not for now) … so more people are spending that extra dough on the ring they wanna put on someone’s finger.