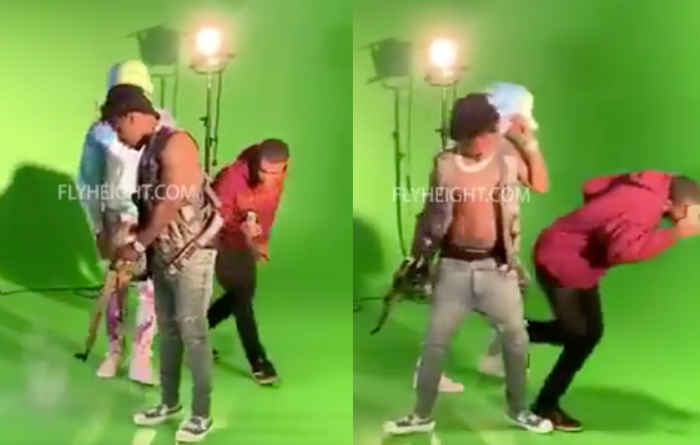 Rapper YFN Lucci nearly shot himself with an AR-15 assault rifle, while making his latest music video, MTO News has learned. And the near shooting was captured on video.

Here is the link to the video

The rapper was seen on video fumbling with the AR-15, trying to make it work – and the gun accidentally goes off. Luckily the gun wasn’t pointed at anyone when it fired.

But just a second earlier, the gun was pointed at YFN Lucci’s head. So the accident could have been deadly.

MTO News has learned that Atlanta police are investigating the incident.

This isn’t the first time gunshots popped off on the set of a YFN Lucci music video. In June,  a shooting broke out during rapper YFN Lucci’s music video shoot in southeast Atlanta. The Atlanta Police Department told MTO News back in June that YFN Lucci’s Bentley was also struck during the shooting. The car was left at the scene, but the rapper was gone when police arrived.

Here is the link to the video