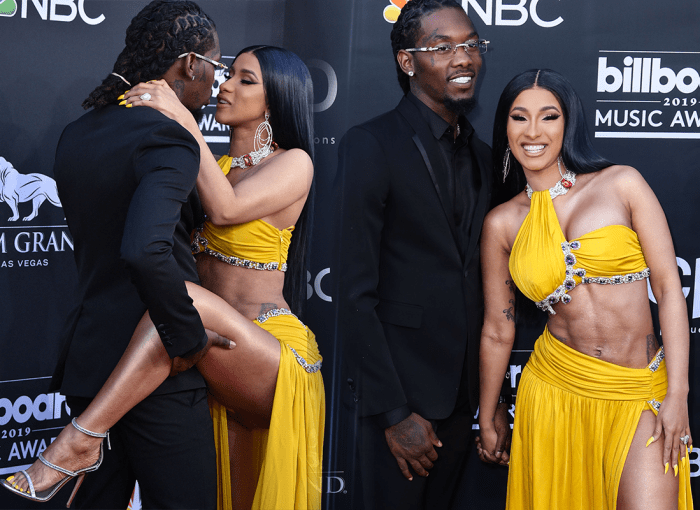 Yesterday MTO News broke the news that Cardi B was divorcing her husband Offset, after nearly three years of marriage. Immediately after the news hit social media, fans of the two artists took to social media and began speculating on WHY Cardi wants to end their marriage.

Twitter rumors have been popping up left and right. But ONE rumor on Twitter seems to be catching on – even though there is ZERO evidence to support it – it’s that Offset is secretly gay.

The gay rumors about Offset started last year. After Cardi’s husband was caught sliding into a insta thottie’s DMs, Offset claimed that he was “hacked.” And to prove that he was “hacked” these gay messages were sent out from his account.

Now today, millions on the social media platform are claiming – based on those tweets – that Cardi may have caught Offset, who is an Atlanta native, having a bisexual extramarital affair with a man.

Of course the folks on Twitter are just talking – we actually HAVE SOURCES. And what do WE think caused the end of Cardi & Offset’s marriage?

We asked around, and the reasoning seems to be a LOT less scandalous.

MTO News spoke with people close to both Cardi and Offset, and they tell us that the couple’s marriage has been strained, especially during the COVID quarantine. One source explained, “Cardi and [Offset] never lived together for more than just a few days. Now they were together for months, and it’s tough.”