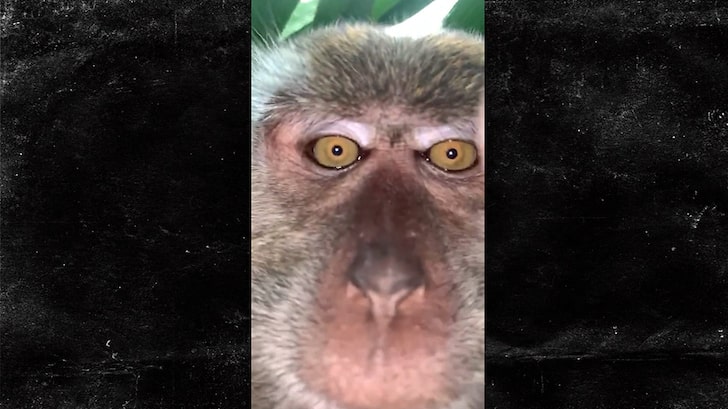 A monkey stole a man’s smartphone in Malaysia, and when the guy finally got it back he discovered a ton of monkey selfies!!!

The long-tailed macaque swiped the phone from the man’s home in Johor, and it could’ve started a personal Instagram … because the camera is now filled with hilarious selfies, including upside-down snaps, slow-motion videos, time-lapses and portraits.

It’s pretty funny … the mischievous monkey might have been pretty hungry, some of the images look like he’s trying to eat the phone!

The man says he awoke from a nap and his phone was gone from its case, and the device was MIA for 2 days before finally hearing it ringing in his backyard, which is on the edge of a jungle.

The monkey left the phone in pretty decent shape … there was a little mud and the screen protector was peeled, but other than that it was working just fine … and now the guy’s got a great story and even better content!