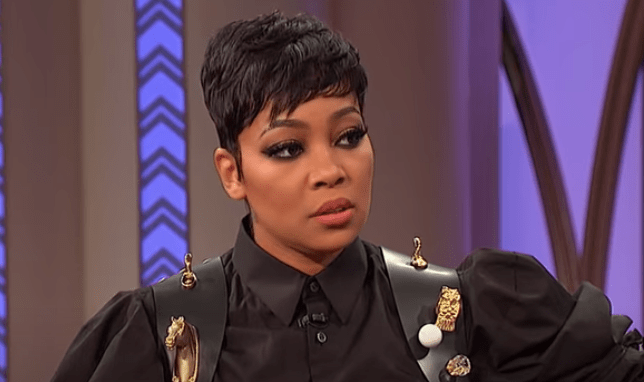 R&B singer Monica’s fans gave her a playful nickname – they call her “Goonica.”  That’s because, MTO News has learned, Monica has a quick temper – and has been known to fight people.

But yesterday Monica played dumb for a moment, and asked fans WHY they gave her the name “Goonica.” Look:

The fans reminded Monica of some of her past antics that earned her that nickname. Here are some of the responses:

Monica is a singer, songwriter, actress, and businesswoman. She has sold 5.3 million albums in the United States[4] and she is recognized as one of the most successful urban R&B female vocalists to emerge in the mid to late 1990s.

According to Billboard, she is the youngest recording act to ever have two consecutive chart-topping hits on the Billboard Top R&B Singles chart, as well as the first artist to top the US Billboard Hot R&B/Hip-Hop Songs chart over the span of three consecutive decades (1990s, 2000s, and 2010s). In 2010, Billboard listed Monica at number 24 on its list of the Top 50 R&B and Hip Hop Artists of the past 25 years.

A four-time nominee, she won a Grammy Award for Best R&B Performance by a Duo or Group with Vocals for “The Boy Is Mine” at the 41st awards ceremony and has been the recipient of one Billboard Music Award, one BET Award, and two BMI Pop Awards.