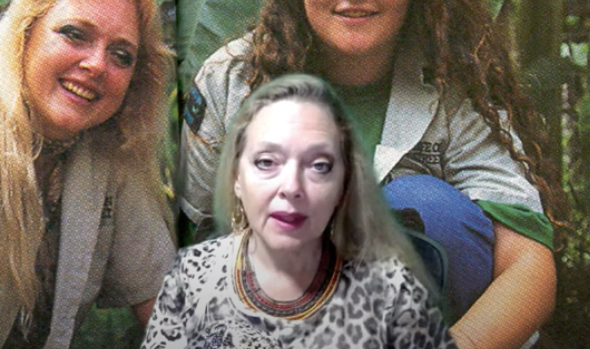 Carole Baskin has reacted to the family of her missing husband, Don Lewis, airing an ad during her Dancing With The Stars premiere.

During the ad, the Lewis family offered money to people who had any information about his disappearance. It has always been speculated that Baskin murdered him — a claim she denies.

“I have not seen the ad. I am not at all surprised,” Baskin told ET following her performance. “It’s just been a huge publicity stunt on their part so what more could they possibly do than that?”

She added, “Spending time worrying about what I’m doing is probably not a really good use of your time. I’m not worried about what people say because even when they’re saying things that [are] negative, it’s keeping the conversation out there [about cats] in the public eye. As long as I can keep that conversation out there, I can keep the cats in the spotlight and that’s my goal.”