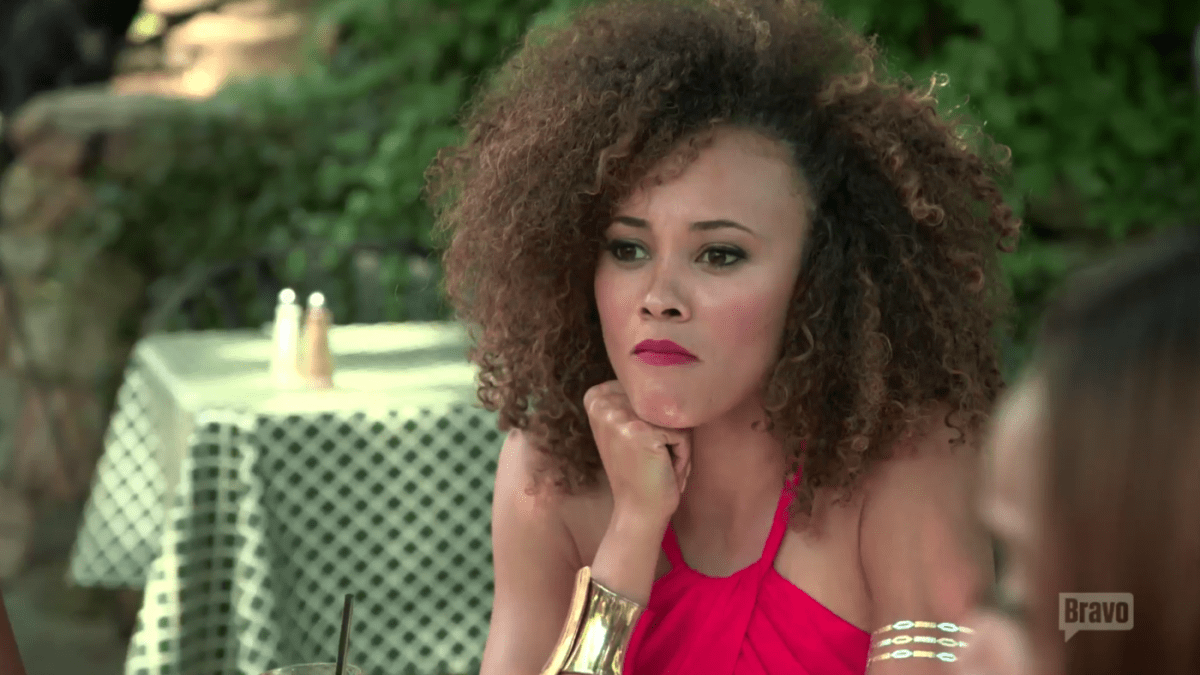 Real Housewives of Potomac star Ashley Darby has revealed that she smells husband Micheal Darby’s underwear to check whether he’s been cheating on her.

“As far as I know everything is well… That’s why I’m a little, um shocked. I don’t just ask questions. I read emails, text messages, I sniff underwear, everything. Since I met him. One time he did come home smelling like perfume and I was upset. He said ‘I’m sorry I was at the strip club.’ And this is when I was pregnant and very sensitive… He stopped going to strip clubs when I was pregnant,” she says after Candiace Dillard shows her text messages claiming that Micheal said he had a wife and a boyfriend.

Ashley said she was taking Candiace’s information with “a grain of salt,” given their history.

“I personally think that Candiace got this from someone on social media, and then it translated to a text message, because as this story unfolds she gives more information about how she knows this person and it’s just a little far-fetched for me.”