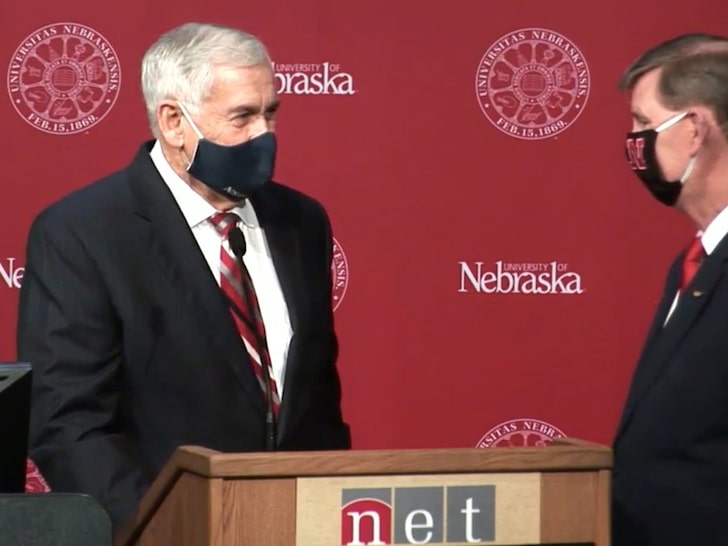 Okay, EVERYBODY REMAIN CALM … but U. of Nebraska president Ted Carter may have just spilled the beans on the return of the Big Ten football season … saying an announcement is coming Tuesday night!!!

The revelation was made via a hot mic at a presser minutes ago … when Carter was speaking with the University’s National Strategic Research Institute director.

“Oh really?!,” Bob Hinson said. “I heard that that was happening.”

Heard on a hot mic from our sister station @KETV, Nebraska President Ted Carter says the Big Ten is planning to announce the return of football tonight: pic.twitter.com/veWhoQ0uOb

LISTEN — like we said, do NOT panic … but this sure as hell sounds like the season has been saved, according to the moment captured by KETV NewsWatch 7 in Omaha.

It’s been an uphill battle for the conference — with others like the SEC, Big 12 and ACC deciding to play through the pandemic … and Big Ten and Pac 12 voting to wait.

The move resulted in a lawsuit filed by 8 Nebraska players against the Big Ten … who claimed the conference didn’t follow the proper protocols in coming up with its decision.

There had been rumblings for days about a possible change of heart … and now it seems like it’s really going to happen.