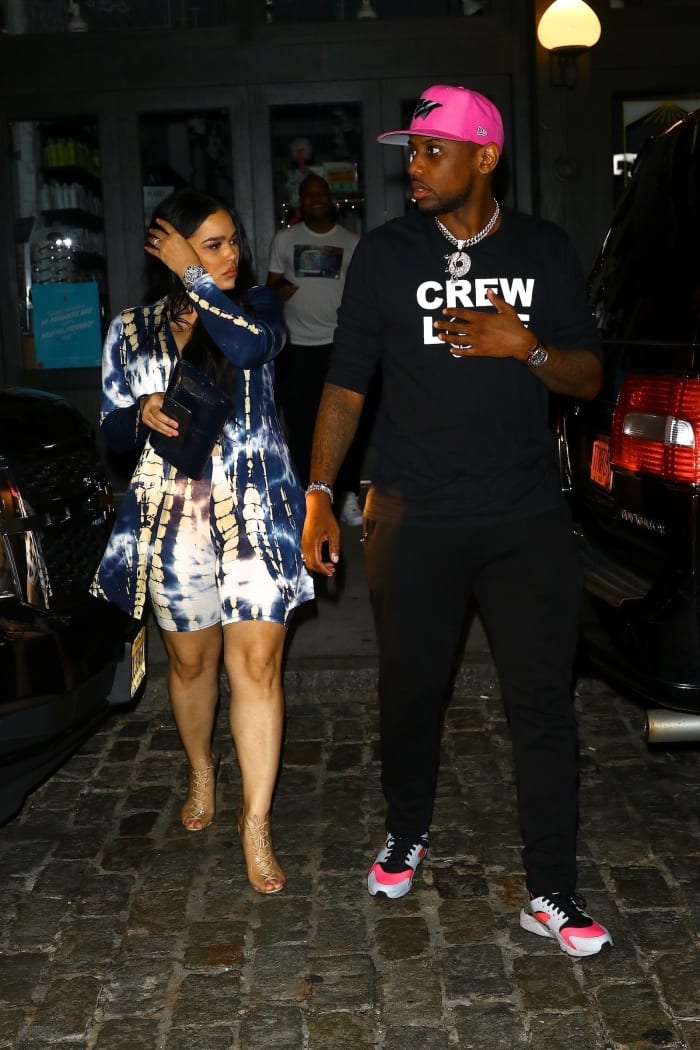 Now the couple announced that they are officially adding to their family, and released pregnancy pics. This will be their third child together and Emily’s fourth.

Congrats to the happy couple

Fabolous, real name ,  rapper from Brooklyn, New York City. Fabolous’ first release, Ghetto Fabolous (2001), spawned the hit singles “Can’t Deny It” and “Young’n (Holla Back)”, which led Jackson to prominence. His second release was 2003’s Street Dreams, which was supported by two Top 10 singles “Can’t Let You Go” and “Into You”.

Including the aforementioned songs, Jackson has released a string of hit singles, such as “Trade It All, Pt. 2”, “Breathe”, “Make Me Better”, “Baby Don’t Go”, “Throw It in the Bag” and “You Be Killin’ Em”. He is also known for appearing on several R&B singles, including “Superwoman Pt. II” by Lil’ Mo, “Dip It Low” by Christina Milian, “Shawty Is a 10” by The-Dream, “Addiction” by Ryan Leslie, “I Can’t Hear the Music” by Brutha, “She Got Her Own” by Jamie Foxx, “Say Aah” by Trey Songz, and much more.