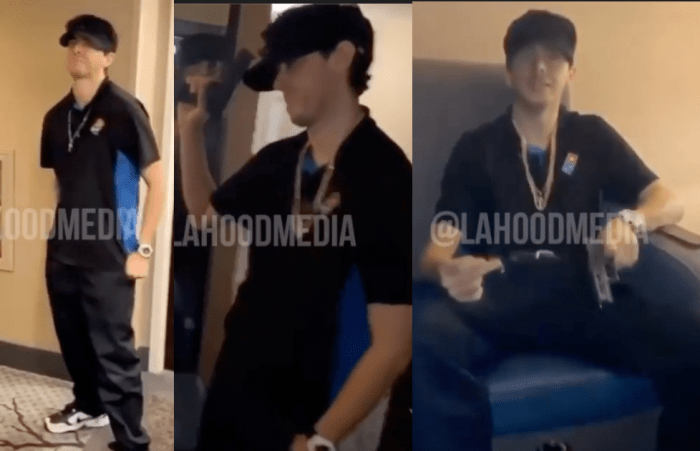 A Dominos Pizza delivery man is going viral all over social media, MTO News has learned. He delivered a pizza to a group of Los Angeles gang members, and ended up hanging out with the crew all night in their hotel – smoking weed and pointing guns.

It all started yesterday at around 11 PM, when the gang members ordered a large Domino’s pizza to their hotel room. A delivery man named “Rolando” showed up – and that’s when things got interesting.

The men – who claim to be affiliated with a Los Angeles gang – recorded the interaction and posted it online.

Rolando stayed with the men for nearly an hour – smoking weed and playing with their guns, which the gang members claim were “loaded.” Eventually the gang members got tired of Rolando and asked him to leave. Their exact words were “f*ck outta here now Rolando.”

It’s not clear whether they gave Rolando a tip, or whether his tip was the weed – but Rolando’s now a viral star.