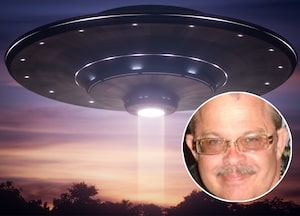 Is there life on Mars? Who cares! There might be on Venus.

Scientists have found evidence of possible alien life — right here in our own solar system.

Researchers at Cardiff University and Massachusetts Institute of Technology detected the presence of phosphine in Venus’ atmosphere — a gas that on Earth is produced by tiny living organisms.

The team are not yet sure what is generating the gas; however the discovery could be an indicator of cellular life existing in the clouds above our astronomical neighbor.

Pentagon Has Materials From ‘Off-World Vehicles Not Made on This Earth’, Defense Contractor Claims

The concentration of the gas, which is colorless and highly toxic, was 1 particle per 50million.

The Earth organisms that produce phosphine are anaerobic, meaning — unlike the vast majority of life here — they do not require oxygen.

According to the study’s lead author Professor Jane Greaves of Cardiff University, phosphine is a biomarker on Earth, because it is produced in one of only two ways: industrially, or biologically.

“It’s very hard to explain the presence of the molecule phosphine without life… so not in any other natural way,” she said.

However the team admit “life would really struggle to deal with the incredibly acidic environment of the clouds of Venus.”

Nevertheless, Greaves said her team of researchers managed to rule out reaction from sunlight, or chemical reactions blowing up from the ground… and something is causing it to be there.

The discovery was made using the James Clerk Maxwell Telescope in Hawaii, and Atacama Cosmology Telescope array in Chile. 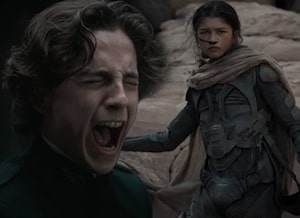 While Venus is considered Earth’s sister because of its very similar size, rocky composition and proximity to the sun — its surface is far from habitable by humans, or indeed any water-based life.

It enjoys the hottest days of any planet in the solar system — hotter even than Mercury, which is far closer to the Sun — with an average temperature of 867 °F.

The atmosphere is almost 97 percent carbon dioxide, the clouds are made of sulfuric acid, and the atmospheric pressure is 92 times that of Earth’s, akin to being 3,000ft underwater.

Scientists have theorized that if humans were to colonize the planet, it would be in floating cloud cities (think Bespin in “The Empire Strikes Back”).

“Is there really life on Venus?” Professor Greaves asked. “I really hope so, but we can’t absolutely tell with the results we’ve got so far.”

“So it may be that the only thing to do is to send a spacecraft that can really sample and see if there are lifeforms there.” 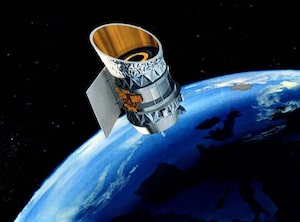