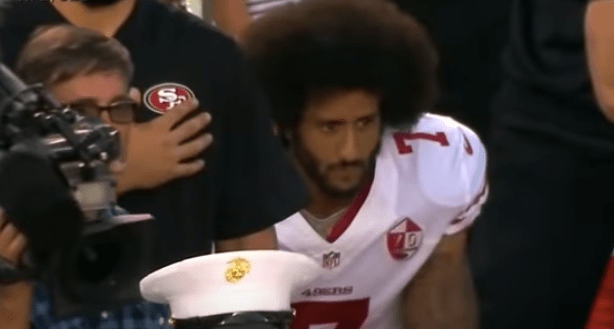 Colin Kaepernick has slammed the NFL’s social justice campaign launched years after he was blackballed from the league for taking a stance against social injustice in peaceful protest.

“While the NFL runs propaganda about how they care about Black Life, they are still actively blackballing Eric Reid (@E_Reid35) for fighting for the Black community. Eric set 2 franchise records last year, and is one of the best defensive players in the league,” Kaepernick wrote.

According to several reports, Reid is one of the best free agents available and played and started all 16 games for the Carolina Panthers last season. When he first joined the Panthers, Reid was selected for a “random” drug test six times in 11 weeks.

Earlier this month, it was reported that zero NFL teams were interested in signing Kap — but it seems that Reid has a great record and is still being sidestepped by NFL teams.