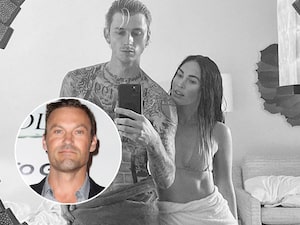 Marcil went on a posting spree after a fan suspected she still loved her ex.

Megan Fox has found an ally in Vanessa Marcil following her split from Brian Austin Green.

Marcil, who shares son Kassius with Green and dated him from 1999-2003, began posting about the “Beverly Hills, 90210” star on Friday after sharing a 9/11 tribute post with a photo of the two of them while they were together.

“Sept 11… I was pregnant with Kassius and headed to NYC. Kass’ dad was driving me to the airport,” she captioned the photo. “We received a call from Nana frantically saying ‘Is Vanessa already on her plane?’ ‘Turn on the news’ New Yorker’s lives changed forever.”

While the post wasn’t actually about her ex, one of her followers commented: “I think you still love Brian Austin Green.” That sent her into a posting spree.

“I was never in love with him but I am very proud of the fact that my son loves his dad unconditionally and has chosen to forgive,” she wrote. “I celebrate Kassius’ love for his father and remain extremely grateful that Kass was finally invited back into his father’s life and was able to meet his youngest brother for the first time & finally start seeing his other two siblings again. 5 years apart with no explanation is devastating for children. For siblings. My son is also an incredible & protective big brother.”

Marcil previously claimed Kassius had been “cut out” of Green’s life while he was married to Fox. The actor never publicly responded to her claims, but he began sharing more social posts with his son shortly after being called out.

Continuing with her claim she “never loved” Green, she reportedly wrote, “That was part of his anger towards me and so the reason why he fought me for so long knowing it would hurt our son & change our son forever. I did however feel sorry for him. I still do. He’s a very angry/sad human being who still has too much shame to take full responsibility for his actions as a father. I consciously knew that I could work through childhood traumas through him and I have. I have great empathy towards him and other people who are still in pain from their childhoods.”

When another fan asked why Kassius was “cut out of the family” and whether it was “more Megan of Brian,” Marcil wrote, “It’s a biological father’s responsibility to see his child.” 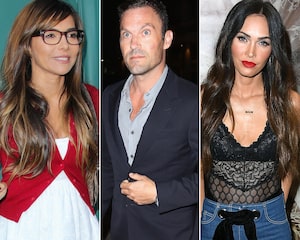 She addressed Fox directly in a since-expired Story captured by the Daily Mail. Responding to a fan query, she wrote, “I actually have respect for how @meganfox is finally living her life for herself & leaving her children out of her public life at this young age.”

“I used to hide Kass from the public when he was young & never once spoke about our court case to Kass or publicly until Kass was grown & insisted I stop lying to protect,” she continued. “Megan finally living her life for herself is in itself a gift to her children.”

To another fan who asked why she always talks “so poorly” about Green, Marcil disagreed with that assessment.

“I speak, actually, very kindly about Kass’ father. I just speak the truth now at my son’s request in order to help my son heal and not shoulder these secrets anymore,” she said. “If his father’ actions reflect poorly on him that is his doing. Not mine.”

She also said Green is “very big on doing things that publicly make him look like a nice guy. However, it is who you are when no one is looking that shows your true character.”

Green, so far, hasn’t directly responded to Marcil’s comments. He did, however, share a photo of himself on social media with the caption, “Just because you lost me as a friend doesn’t mean you gained me as an enemy. I am bigger than that. I still wanna see you eat, just not at my table.”

TooFab has reached out to Green’s rep for comment. 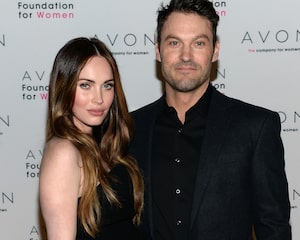