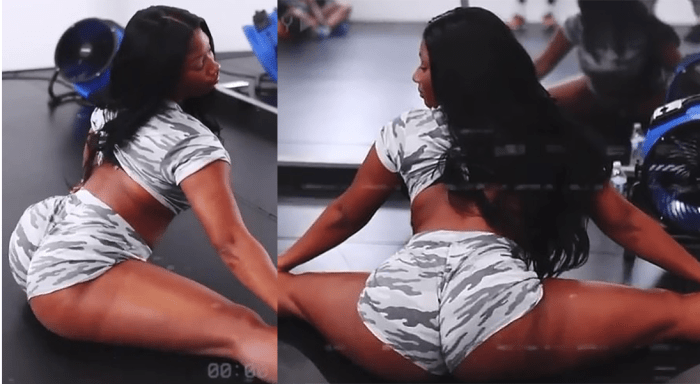 Megan Thee Stallion gave her first virtual concert amid the COVID-19 lockdown a couple of weeks ago. And MTO News has learned that during the event, the female rap star twerked continuously for 10 minutes straight.

But before the concert, the Houston-born rapper gave fans a behind-the-scenes glimpse at how she prepared for her next big performance.

Megan took to Instagram to show off her signature curves and her impressive twerk skills in a video from what appeared to be her dance rehearsal.

The Savage artist has bounced back in epic fashion, since she was shot in both feet by Tory Lanez, 28, back in July, following a heated argument.

She said to Lanez last month during an Instagram Live: ‘You shot me. And you got your publicist and your people going to these blogs lying and s***. Stop lying. Why lie? I don’t understand.’

Megan previously shared photos of her wounds (shortly before deleting them), after trolls claimed she was lying about the shooting.

She wrote: ‘I usually don’t address internet bulls*** but y’all people are so sick! God was really watching over me and I’m healing so well! Sorry I’m not as sad and miserable as a lot of y’all lol but ima keep being Megan Thee Mf STALLION.’