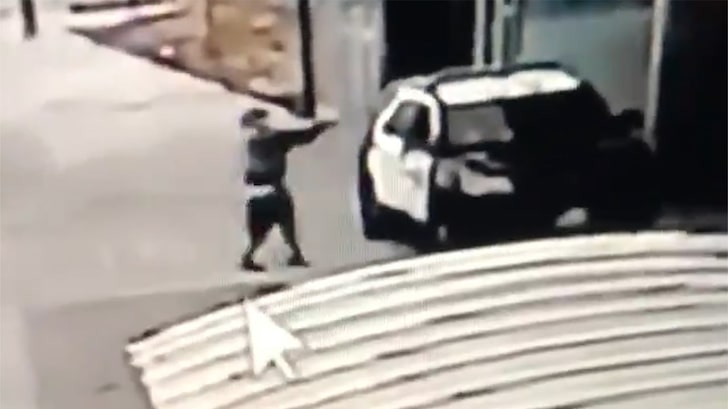 Two L.A. County Sheriff’s deputies were shot Saturday night and are now fighting for their lives.

The deputies — a man and a woman — were sitting in their patrol car Saturday in Compton when a man walked up to the car with a gun and fired inside, striking both. The man quickly fled from the scene.

The Sheriff’s Dept., says both deputies were shot multiple times and they are both undergoing surgery. Their condition is critical.

The suspect was not caught. The LASD tweeted the video of the incident after holding a press conference last night.

The 2 critically injured deputies had only been on the force for 14 months.