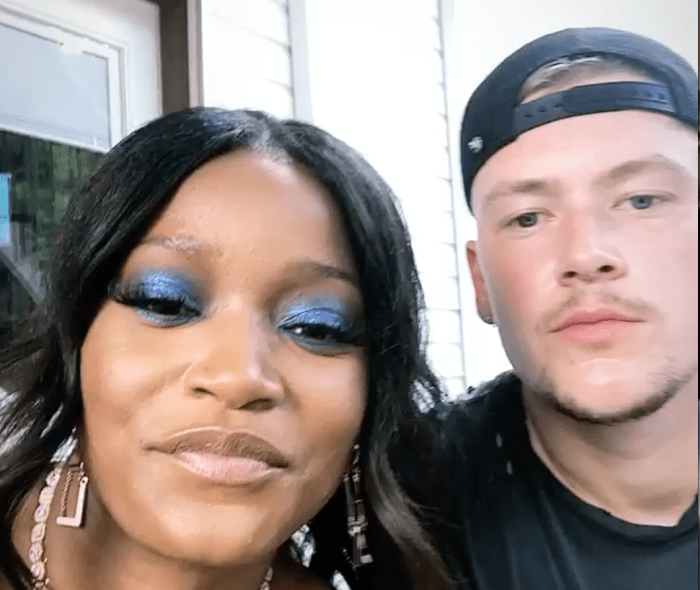 Actress Keke Palmer and her new boyfriend are currently celebrating the actresses birthday, while vacationing in Miami MTO News has learned.

Keke has been notoriously private about her personal life, up until now.

Keke has come out publicly with her new boyfriend – Styn, He’s  a member of the music duo MAE SEVEN along with his brother, Winter. They grew up in the Netherlands, where they were introduced to music by their father, a big fan of classic-rock tunes.

Here are pics of Styn and Keke over the years:

Keke, 27 is an actress, singer, and television personality. Palmer began acting at the age of 11, making her debut in the film Barbershop 2: Back in Business (2004). She portrayed the titular character in Akeelah and the Bee (2006), for which she won a Chicago Film Critics Association Award and a Young Artist Award. Her career progressed with roles in the films Madea’s Family Reunion (2006), The Longshots (2008), and Shrink (2009), as well as the television films The Wool Cap (2004) and Jump In! (2007), earning a Screen Actors Guild Award nomination for her performance in The Wool Cap.

In 2019, Palmer became co-host of daytime talk show Strahan, Sara and Keke alongside Sara Haines and Michael Strahan, for which she received a Daytime Emmy Award nomination in 2020. That same year, she released her third extended play, Virgo Tendencies, Pt. 1.