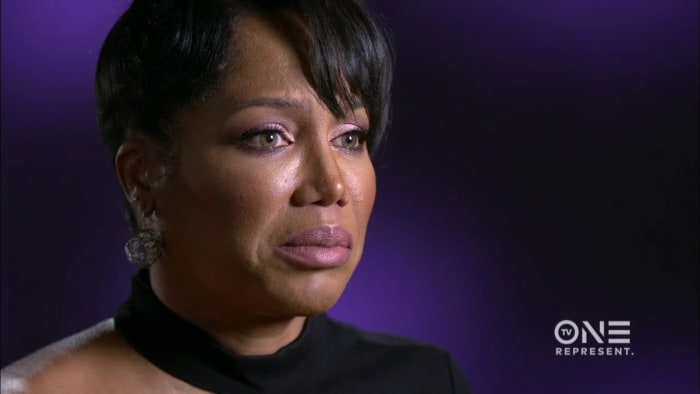 1990s singer Michel’le appeared to be high on some type of narcotics yesterday, as she tried to perform in front of a crowd, MTO News has learned.

The singer was acting high, and moving around the stage like a crackhead, according to folks on Twitter.

She also had what many call the “crackhead twitch” – it’s when a person moves in a twitchy manner.

You have to see the video to believe it:

Michel’le was one of six members on the TV One reality show R&B Divas: Los Angeles. In 2016, she was the subject of the biopic Surviving Compton: Dre, Suge & Michel’le.